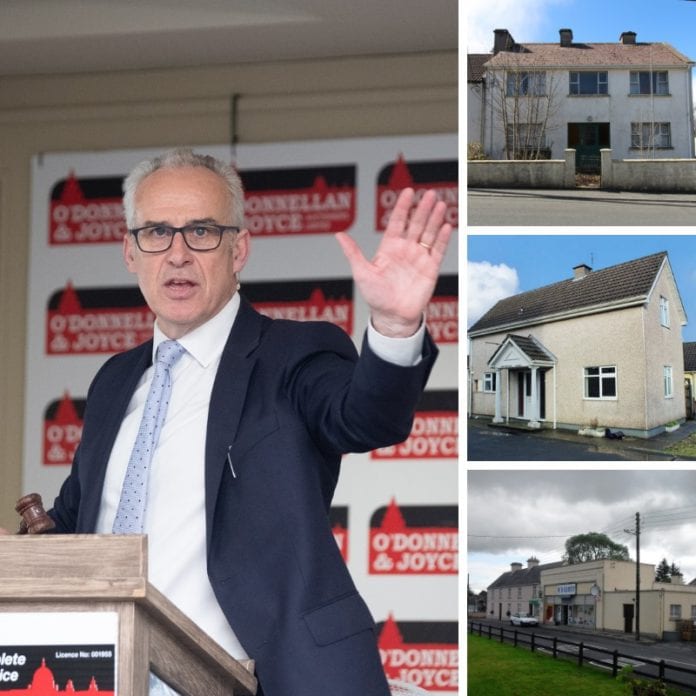 The latest O’Donnellan & Joyce Auctioneers Nationwide Property Auction took in almost €2.2 million with the sale of 19 properties in counties across Ireland last week.

The auction took place at the Harbour Hotel in Galway City last Friday, where strong sales demonstrated that demand remains high for properties in the west.

Bidding occurred online, over the phone, or by proxy, but without in-person attendance, as O’Donnellan & Joyce continued with the highly successful model they have adopted since the start of the COVID-19 pandemic.

The auction was live streamed across their website and social media channels, ensuring that bidders didn’t miss out on the action.

The cream of the crop on the day were three former Garda Stations in Galway, which fetched almost €800,000 between them.

O’Donnellan & Joyce Auctioneers sold the three garda stations after they were put up for sale by the Office of Public Works.

Aside from the three Garda Stations, the OPW was also selling a former office at Castle Avenue, Portumna, which went for €95,000.

The highest price fetched by a private property on the day was €260,000 for 14 Westpoint, Westport in County Mayo, a retail unit in Westpoint Shopping Centre which sold after the auction.

There were four other lots that cracked the six figure level at the auction. The highest price among those went to 14 Bridgewater Court, Fairhill Road Lower, a 2-bedroom apartment in the city’s Westend.

For the full results of the auction check out odonnjoyce.com/live-auction-results/, or watch the video below to see the action as it happened.