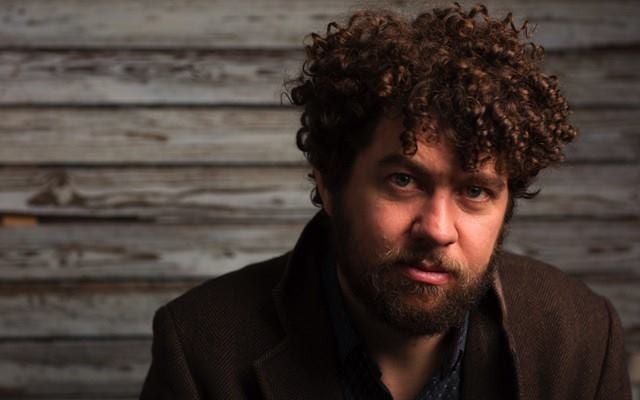 A modern legend of the Irish music scene comes to Galway! From Paul Weller to Eddi Reader and Josh Groban, artists from all over the world have recorded his songs and sung his praise.

A rare, intimate concert for 50 people only, this Black Gate special promises to be one to remember.

“To me, Declan is not a songwriter within the ordinary definition of the word. He is a sorcerer of songs, with a Dickensian skill for finding the moment that details some aspect of our humanity.”
– Brendan Graham, Hot Press Magazine (Mar 2012)

“One of the finest songwriters on the planet” – Eddi Reader

Declan O’Rourke is a highly successful Irish artist, acclaimed by his peers, and having achieved many plaudits with his five albums released to date. Declan’s soulful music, rooted in folk and trad, has attracted the praise of countless industry giants, including John Prine, and Paul Weller, among others. The Dubliner’s legend John Sheahan, declared recently that, “after 50 years I have decided it’s time to put a lid on the ‘The Dubliners,’ but I’m sure you’ll all agree that with Declan, and Damien (Dempsey), the future is in good hands.”

O’Rourke’s songwriting style moves faultlessly between impressionism, and story telling, and can be at home in almost any form. A dynamic performer, he is at once as comfortable fronting a 50-piece orchestra as playing solo with a guitar. Songs of Declan’s have been covered by a growing list of established artists ranging from Christy Moore, to Eddi Reader, and Josh Groban.