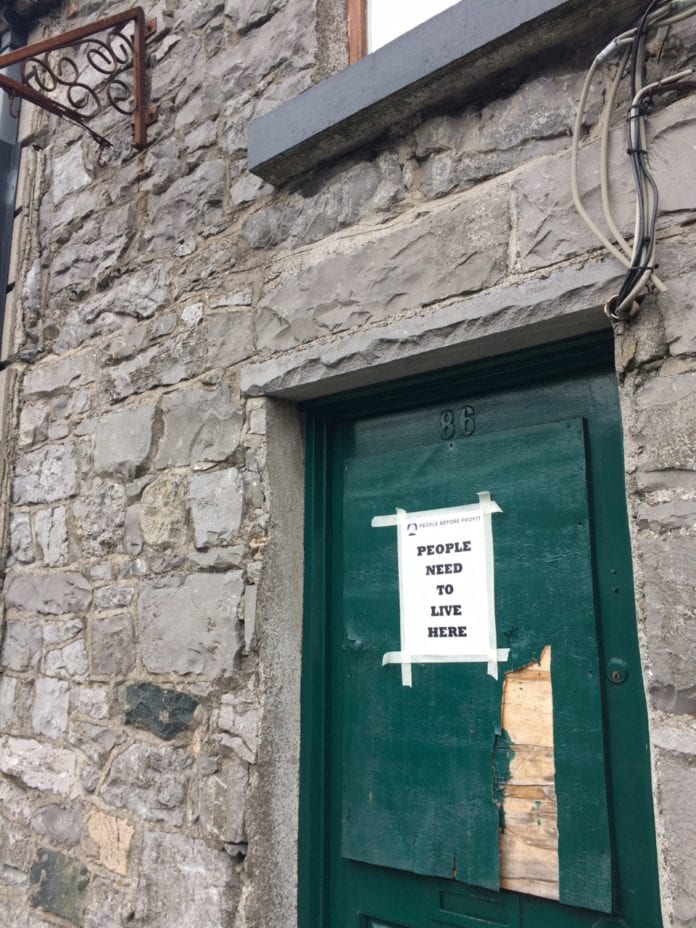 How can we help with the housing crisis?

The news is all doom-and-gloom about the housing crisis – and with good reason.

Figures show that homelessness in the West of Ireland is growing faster than anywhere else in the state.

Official Government statistics put the number of homeless in Galway in June at 263 – although COPE Galway believes the figure could be far higher.

But what can we actually do about all of this?

Aside from calling your TD and your local City or County Councillor to tell them your opinion – often, and loudly – you might be happy to hear that there’s something else you can do (and it sounds much more fun).

The Galway Housing Support Group is holding a fundraising night of music this Saturday, November 17th at the Loft in Seven on Bridge Street from 10pm until late.

GHSG is a new grassroots organisation aiming to inspire and facilitate collective action on housing issues.

Active since the summer, they offer a space where those having problems with landlords, rent increases or other housing difficulties can vent and share a cuppa.

The group also provides more concrete support, linking people to anti-eviction and community action if they are under serious threat.

They’re hoping to raise funds for a campaign for social housing.

DJs on the night will include:

They’ll be spinning all sorts of music, with genres ranging from techno, house, electro, bass, jungle, and everything in between.

Admission costs €10 at the door (or €5 for unwaged/free for those in Direct Provision), with proceeds going directly to the organisation.

So if you or anyone you know needs some housing support, get in touch with them on Facebook or show up to a meeting!

And if going out-out isn’t really your thing, you can always donate to GHSG anyway – or donate to other great charities like COPE Galway or Galway Simon Community.

It’s time to get out and do something.