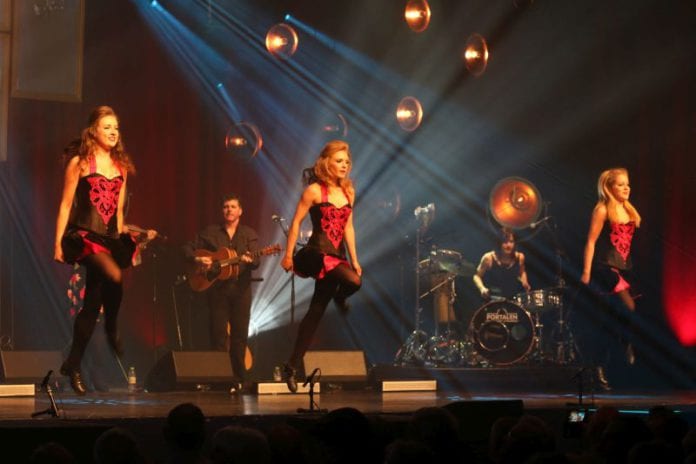 Some of the most talented traditional musicians and dancers in Ireland are gathered together on stage at Leisureland this week for ‘Trad on the Prom’.

Featuring musician Máirín Fahy, soloist with Riverdance and The Chieftains on fiddle and vocals, along with a range of world class performers.

In total, the dancer in Trad on the Prom have 25 World Titles between them.

Joining Maírín on the instruments are Gerard Fahy, former musical director of  Lord of the Dance; Yvonne Fahy, who plays the bodhrán, whistles, and accordion, making her a one woman band on stage; and too many others to list here.

Going into its 14th season now, Trad on the Prom remains one of the most breathtaking displays of Irish music and dance to be seen.

The show is at Leisureland Theatre in Salthill at 9.30pm. Tickets can be bought online and range from €27 – €57 depending on the seating.