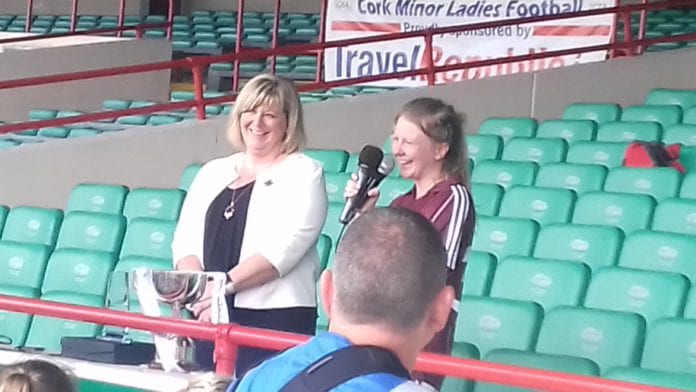 Lynsey Noone captained Galway to their sixth All-Ireland Minor Ladies Football Championship on Sunday, 15th July 2018 when they beat Cork 5-7 to 2-15 in the decider.

An Andrea Trill hat-trick and goals for Aoife Thompson and Kate Geraghty gave the Tribeswomen their first under 18 national crown since Noone’s clubmate Louise Ward captained Galway to a win over the Rebelettes in 2014.

Afterwards in the Gaelic Grounds, Limerick, Noone chatted to Galway Daily and the captain, who was also player of the match, said it was “an unbelieveable feeling.”