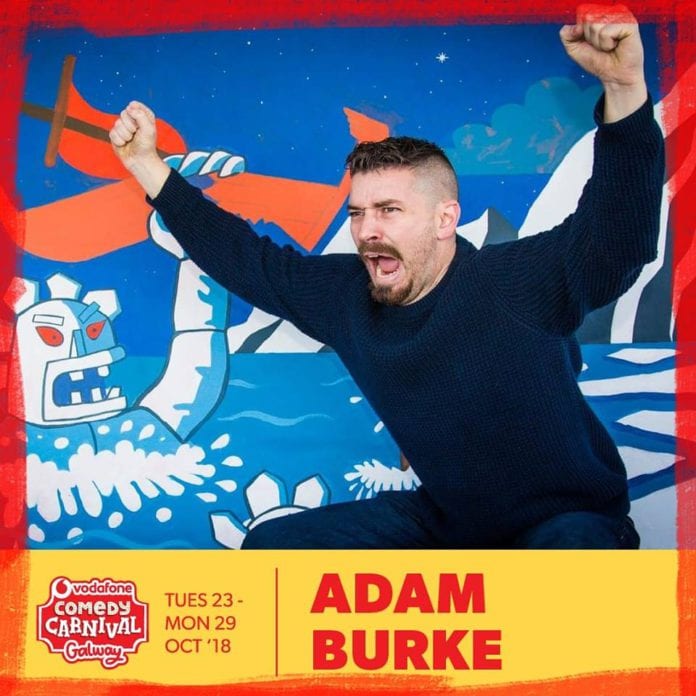 The Big, Happy Head on Ya!, is coming to Galway soon.

As part of this years Vodafone Comedy Carnival Galway which takes place from the 23rd to the 29th of October, Adam Burke will be in attendance with his brand new solo show The Big, Happy Head on Ya!

Adam is the founder of Hardy Har Comedy Club and the Bray Comedy Festival. He was chosen to host The Comedy Spiegeltent at the ATN Festival and Thge Live Lounge at Groove Festival this year.

The Big, Happy Head On Ya!, wrestles the stigma of talking about mental health and explores Adam’s personal journey to feeling good in a high energy, honest and humour – packed hour of comedy.

If you’re looking for a pick me up at lunch hour on Friday October 26th then attending the comedy gig at The Kings Head could be just the thing for you.

The show takes place between 1pm and 2pm on Friday October 26 with tickets costing €10.

Tickets are available from www.vodafonecomedycarnival.com/programme.html?artistID=30.