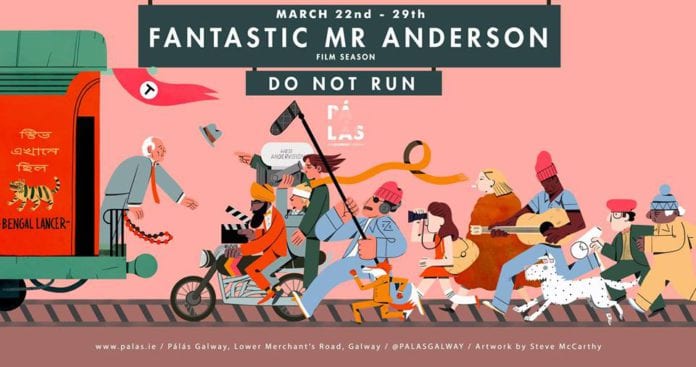 To celebrate the release of Wes Anderson’s latest film Isle of Dogs next week, the Pálás Theatre is running a marathon of his marathon of his films until next Thursday to get fans in the properly quirky state of mind.

Known for his unique visual storytelling with bright colours and kids who dress and act like adults, Anderson has brought his strange take on comedy and drama to screens for more than 20 years now.

Every night for the next week the Pálás will be screening a different Anderson film from his first short film Bottle Rocket (1996) through to The Grand Budapest Hotel (2014).

Tickets can be booked online at the palas.ie and cost €11, or €8.50 for children, students and seniors. Curtains open at 6:30pm every night