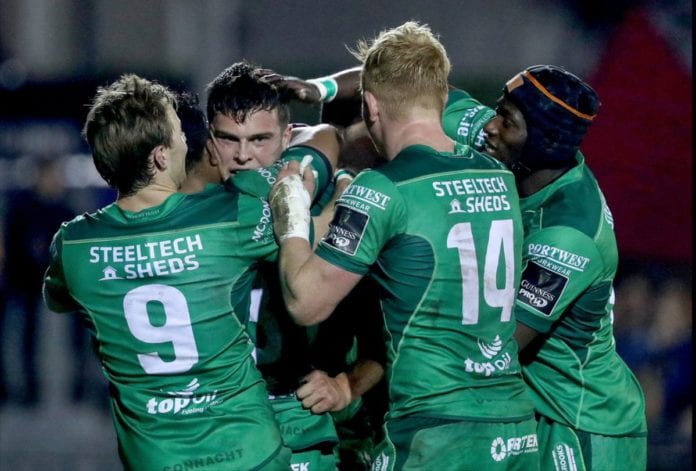 Just eight days ahead of the mouthwatering clash with Gloucester in the European Challenge Cup quarter-final, Connacht are looking to avoid no man’s land domestically when they welcome high-flying Edinburgh to Galway.

Kieran Keane’s men are nine points behind Cardiff Blues sitting in fifth place in Conference A.  Indeed, following losses to the Toyota Cheetahs and Zebre either side of a narrow win against Treviso, Connacht are just three points ahead of sixth placed Ospreys as their PRO14 ambitions fall asunder.

In contrast, five successive wins including last Friday’s (16th March) 12-6 victory over Munster has Edinburgh sitting pretty in third spot of Conference B.  They are nine points ahead of Ulster and look firm favourites to join the continent’s elite in the autumn.

Connacht put in a stirring effort despite defeat against the Cheetahs in South Africa and will need a similar effort if they are to take down Edinburgh.  That might sound obvious but they lacked drive when falling tamely to Zebre last month in their last home encounter.

They are without their Irish contingent as Bundee Aki, Kieran Marmion and Ultan Dillane are unavailable.  Aki’s absence is due to the HIA return to play protocols after an injury verses England last Saturday.  But Quinn Roux is available after a request and should take his place in the second row.

Connacht finished eighth in last year’s PRO12, 13 points ahead of Edinburgh and are 8/15 favourites to win.  But 13/8 is a generous price for the visitors who are on form ahead of their own Challenge Cup quarter-final next week against Cardiff Blues.

The two meetings last season went Connacht’s way but it’s hard to argue against a reversal on Friday night.