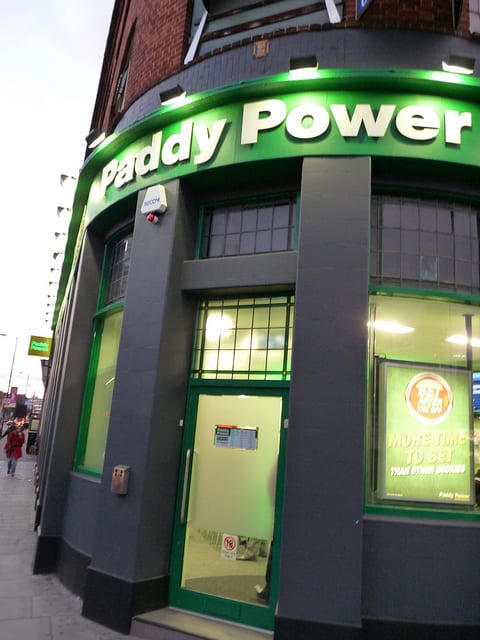 A Newcastle man pleaded guilty to a handful of charges in Galway District Court on Monday – including criminal damage to a carpet at a city centre Paddy Power.

The 41-year-old was caught by gardaí handling stolen laptops at Fairgreen Hostel – his former address – as well as stealing groceries, mens’ underwear, and two bottles of wine at different locations around the city.

He was also caught stealing a €92 bottle of Chanel perfume from Brown Thomas last July.

The Paddy Power incident occurred on March 23 this year, when Okucha urinated on a carpet at the bookmakers’ Prospect Hill location.

His solicitor noted that Okucha was not aware that the laptops were stolen when he was asked to hold them for an acquaintance, and even directed guards to find them in his room.

The court heard that the defendant’s recent cycle of offending behaviour was largely due to a dependence on alcohol.

Okucha is making efforts to better himself by attending AA meetings and looking for work.

He has 35 previous convictions.

The sentence will be decided following a probation services assessment in July.