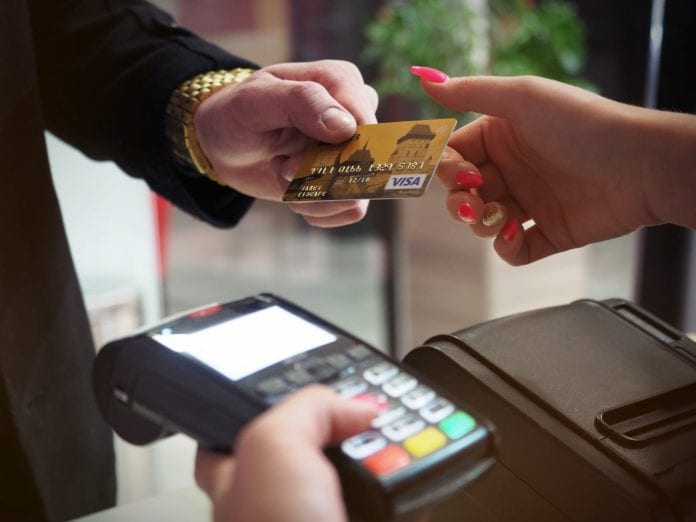 A Galway man received a total of ten months in prison at Galway District Court this week for thefts involving tapping a stolen debit card at stores around Galway City, and other offences.

Richard McDonagh (32), with an address at Sliabh Rua, Ballybane pleaded guilty to eight counts of theft, two counts of possession of stolen property, and trespassing at a private residence to commit an offence.

Mr McDonagh also pleaded guilty to unlawful interference with a vehicle under the Road Traffic Act.

The court heard that on June 24 of this year, Gardaí got a report that a wallet containing two Bank of Ireland debit and Visa credit cards had been stolen.

Mr McDonagh made use of the stolen debit card six times in one day, tapping it multiple times at JD Sports in Eyre Square Shopping Centre, Monaghan’s Circle K in Westside, and Holland’s on Williamsgate Street, for a total value of €169.60

He was ID’d off of CCTV footage and charged with theft for the usage of the card, and also charged with two counts of possession of stolen property for the two cards. He was not charged with stealing the cards himself.

Two other theft offences before Galway District Court occurred at Tesco on the Headford Road in April of this year where, on two separate occasions McDonagh stole alcohol from the store.

The first of those occurred on April 19, where McDonagh was detained by store security after attempting to leave without paying for a €30 bottle of Smirnoff, and on another occasion he stole two bottles of Malibu, which were not recovered.

The final incidents before the court happened at a private residence in Corrib Park, Newcastle, where McDonagh and another man trespassed on private property to go through a car.

On May 26 of this year, at 10:45pm, Gardaí received a report of two men in a car at a house in Corrib Park which suggested that they were trying to steal it.

Gardaí found two men in a vehicle matching the description of the men reported, and arrested them and took a statement from the complainant.

He said that he had looked outside and seen two men in the car, which they did not own. One man was rifling through the car’s glove box and the other was going through the back seat he said.

Ms Traynor said that there was no evidence in the statement that they had interfered with the car’s mechanism or otherwise broken in, but Judge Mary Fahy asked how else they could have gained entry to the car.

Ms Traynor said that these offences were crimes of opportunity committed by someone with addictions and limited means.

Judge Mary Fahy sentenced McDonagh to a total of 10 months in prison, with six months to be served for the largest valued theft charge with the stolen debit card of €45 at JD Sports, and a consecutive four months for the trespassing charge.