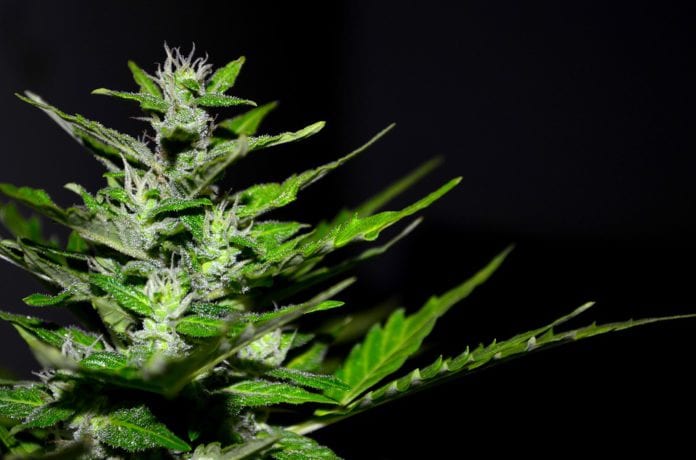 A man has been jailed for three years for growing over €18,000 worth of cannabis for the purpose of selling in Galway city.

Travis Payne (32), with a listed address at Lecarrow, Brierfield, Barnaderg, appeared before Galway Circuit Court charged with the cultivation of cannabis, possession for the purpose of sale or supply, and simple possession.

Garda Conor Barrett said that on April 22 of 2017 he was on mobile patrol when he saw Payne and another man make a transaction on the street.

The garda stopped and searched him, finding a quantity of cannabis and cash, and placing him under arrest.

After interviewing the Payne at the garda station a search was executed on a two bedroom apartment at Oakdale House, 90 Fr Griffin Road where gardai found 23 cannabis plants with a potential value of €18,400.

During the search gardai also found 38 grams of cannabis ready fo sale with a street value of €760, scales, and €300 in cash.

The grow operation in the apartment was divided into two areas Garda Barrett told the court.

In one room were young plants, and tents were set up in another for more mature plants. None of the cannabis plants were ready for harvest at the time of the search.

A business diary detailing his transactions with customers was also found in the apartment.

The prosecution said this showed that Payne made an average of €1,500 profit a week. In one instance on a date during rag week Payne made €530 profit in a single day.

The defence barrister said that his client had cooperated completely with the investigation, and Garda Barrett agreed with that position.

When stopped by Garda Barrett, Payne said that he had cannabis on his person, and more back at his apartment.

He later pointed out the apartment on Fr Griffin Road to gardai and gave them the keys so they didn’t have to break down the door.

Payne was arrested on a bench warrant at one point after failing to appear for a previously scheduled court date.

The defence said that he had simply panicked having never been in court before, which is why he missed his court appearance.

Gardai accepted the the defense’s assertion that this was a solo business, and not part of any larger criminal operation.

The defence barrister also said that of the 23 cannabis plants found in the apartment, 15 were still at a seedling stage and none were fully grown at the time.

He added that their value when seized would have been below the figure of €18,400 given, but Garda Barrett said that National Guidelines call for a value of €800 per plant.

The Circuit Court was also informed that Mr Payne, who came to Ireland from Barbados in 2013 and is in the country illegally, has been the subject of a deportation order since September.

Judge Rory McCabe said of Mr Payne that “he is an admitted drug dealer and this was for profit”.

The Judge imposed a three year sentence each for the cultivation and possession for sale charges, which will run concurrent to one another.

The simple possession charge was taken into account. Gardaí were given a destruction order for the seized drugs and the seized cash was forfeited by Mr Payne.