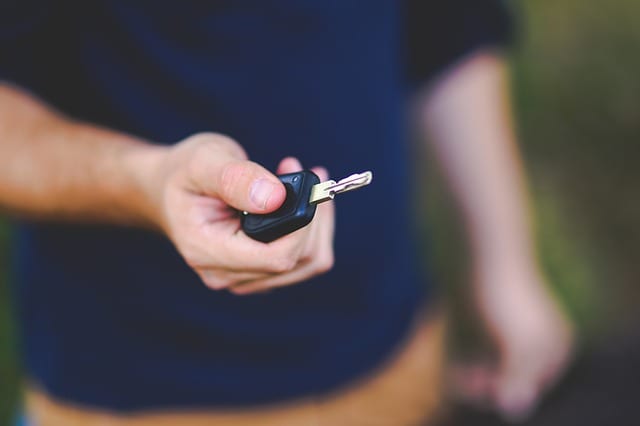 A repeat offender was given a custodial sentence for a string of summer thefts and related offenses – including joyriding in a stolen vehicle.

Frank Barrett of Beal Srutha in Ballybane pleaded guilty to a handful of charges in Galway District Court on Monday.

On July 7 Barrett walked in to Pomegranate on Eglinton Street and took car keys from an employee’s jacket.

The 37-year-old then walked around Woodquay pressing the button for keyless entry until he found the employee’s car, an Opel Astra, and drove it to Clareview Park.

The car was recovered without damage.

Two days later, Barrett was found to be in possession of two HP laptops that had been stolen from a Galway city centre language school as well as a Peugeot racing bicycle.

Guards found him with the stolen property after reviewing CCTV footage of a break-in and noticing the defendant in the vicinity.

Barrett was also seen entering a house in Ballybane through an open window, but was disturbed and fled the scene.

An investigating garda found him nearby wearing a ski mask.

Barrett has 116 previous convictions, many for theft and burglary – a fact noted by District Court judge Mary Fahy.

Solicitor for the defense Valerie Corcoran stated that her client had not come to garda attention since remaining alcohol-free, but had relapsed in July.

She added that although he was “highly intoxicated” when he committed the crimes, he co-operated fully with gardaí and admitted his guilt at the earliest opportunity.

All items were recovered.

Judge Fahy remarked after reading a letter from the language centre that “losing property like this has an impact on small business”, including damage to the business’ reputation.

She added that the crimes appeared to be premeditated, as the defendant took the trouble to walk through Woodquay until he found the car.

The judge also noted that Barrett was disqualified from driving at the time.

She handed down a sentence of nine months for the joyriding incident and disqualified the defendant from driving for five years, giving him another month for trespassing.

The sentence is backdated to the date of his arrest on July 10.

Barrett was remanded in custody.