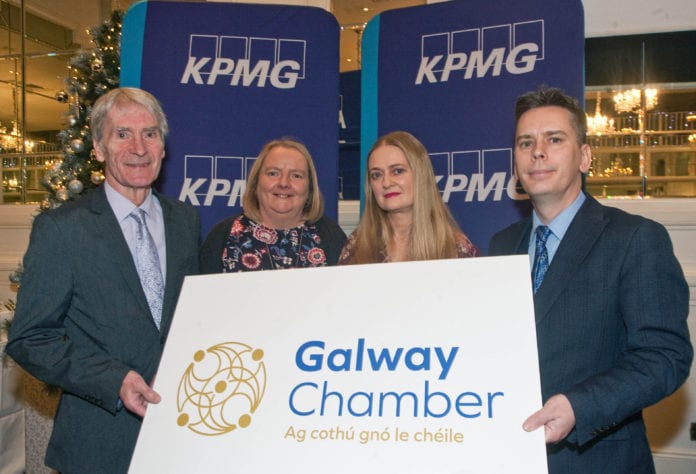 The Galway based accountants firm TJ Hyland & Co are excited to have been named as a finalist in this year’s Galway Chamber of Commerce Business Awards.

TJ Hyland & Co Accountants have been shortlisted for the Small Medium Enterprise Award by the Galway Chamber along with Sweeney Oil and Fahy travel.

The Galway Chamber Business Awards in association with the Shannon Group plc are held each year to recognise established and emerging business across every sector in Galway.

Founder and Principal of TJ Hyland & Co Mr Tom Hyland said he was delighted that his firm had been recognised as a finalist in the awards program.

“It is an honour to be a finalist in the Galway Chamber of Commerce Business Awards and be recognised for our commitment to quality, innovation and premier client service,” Mr Hyland said.

TJ Hyland & Co was recently awarded Business All-Star accreditation by The All-Ireland Business Foundation while Tom Hyland was honoured with the All-Star Lifetime Service Award in 2018.

In 2018 the firm was also announced as a finalist in the Irish Accountancy Awards, the premier event for benchmarking excellence in the accountancy profession in Ireland.

TJ Hyland & Co, based at Steamship House on Dock Street in the city, recently celebrated 40 years in business as respected accountants.

This year’s awards, based on the theme “Imeall an Iarthair, Ag Obair As Lámha a Chéile” or “Western Edge, Working Together”, attracted a record number of entries across all sectors, leaving the judging panel with a difficult selection task.

The winners of this year’s Galway Chamber of Commerce Business Awards will be announced at a Gala Ball on Friday, November 29 at the Galmont Hotel.

“The level of interest this year is testament to the prestige of the event and the desire of businesses to be recognised with one of our awards.”

“But more than anything it is a tribute to the strength and diversity of the business community in Galway and the quality of service delivered by our members across the board,” Mr Deery said.