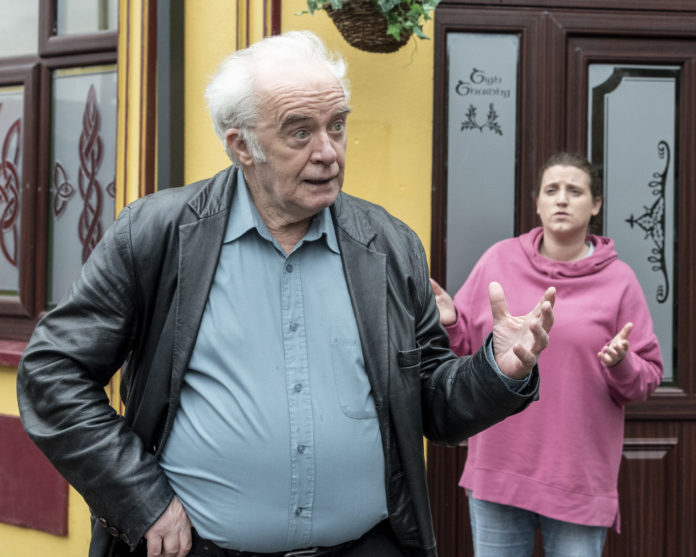 After a season of murder, deceit, affairs, and manipulation, it all comes to a ahead in the milestone season 25 finale of Ros na Rún this evening.

Mo has made a colossal decision to confess her murder of Frances to Tadhg, leaving him reeling with the knowledge of what his good friend has done.

How will he cope with this revelation, and what will come next for the two friends?

Ros na Rún fans’ love-hate relationship with the conniving and vindictive Briain continues. Berni confronts him about the previous night, and is left shaken by his response. Jude, believing Berni to be in danger, steps in, but may end up doing more harm than good.

Rory has had his embarrassing moments this season and it’s time to take him down a peg or two and Greg plans to do that by extracting revenge on Rory for how he treated Michelle.

“In a year of much doom and gloom due to the impact of the pandemic, we set out to entertain and grip our audiences and our excellent writers, cast and crew certainly delivered on this.”

“We are delighted with the powerful response we received to each episode and despite the challenges of the pandemic we gave TV audiences excellent escapism each week”.

A high point for Irelands largest independent TV Production outside of Dublin was successfully filming 82 episodes of the current series over 24 weeks with a cast and crew of 160 people without any incidence of COVID19 at its purpose-built set in An Spidéal.

Ros na Rún will return to filming for Season 26 this August, with the next season airing in September on TG4.