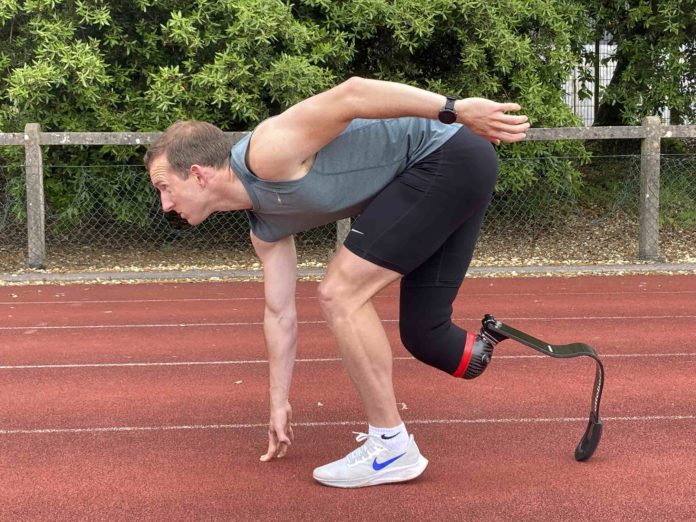 A Galway teacher whose leg was amputated following a football match in 2013 features in a fascinating new documentary series on TG4.

The second episode of Misneach, airing on Wednesday 18 January, tells the story of Alex Lee – an Irish and geography teacher at the Bish in Galway city.

On 13 March 2016 Alex Lee was playing for Mervue United in what he thought was just another match, but by the time the final whistle blew, his life had changed forever.

Alex suffered a broken leg and underwent 14 surgeries, leaving hospital in a wheelchair six weeks later after his right leg had been amputated below the knee.

In 2018, Alex began his journey as a para-athlete, and over the past six years he has learned how to walk, how to run and how to sprint.

Featuring a personal archive detailing much of Alex’s journey, this is a story about persistence, grit and a refusal to give up.

Honest, insightful and uplifting, this series also follows the stories of Travellers breaking boundaries in 3rd level education in Ireland and those returning to education after a prolonged period of time.