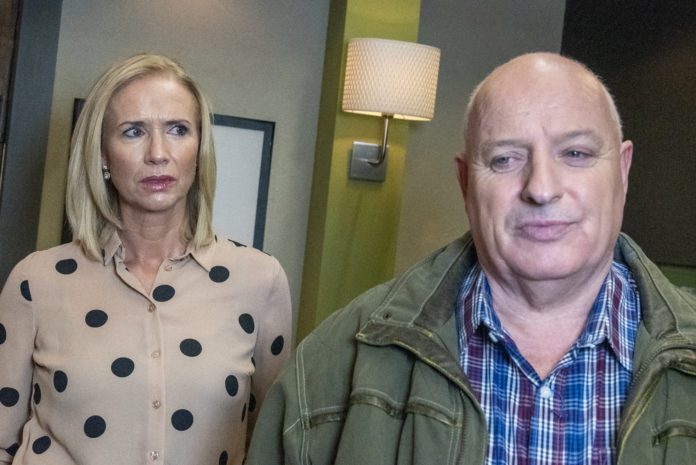 Tadhg is up to his usual tricks, a land war erupts between Caitríona and Micheál, and Mack gets the wrong idea from Sorcha in Ros na Rún.

Caitríona discovers that Micheál owns the land, that once belonged to her great-uncle Johnny, and believes his family must have acquired it illegally.

She demands that he return it, but has she overstepped the mark, and can things still be salvaged between them?

Sorcha reaches out to Mack for some advice, but he gets completely the wrong idea and thinks she’s interested in him again.

Upsetting words are shared, but will this send her into the arms of another, and him reaching for the coke bag once again?

Tadhg, wanting to hurt Sonny in any way he can, persuades Manus to make a statement to the Gardaí, who now has to decide whether to put any chance of a relationship with John Joe in jeopardy.

Catch up on all the latest in Ros na Rún with a double feature omnibus on TG4 this Sunday.