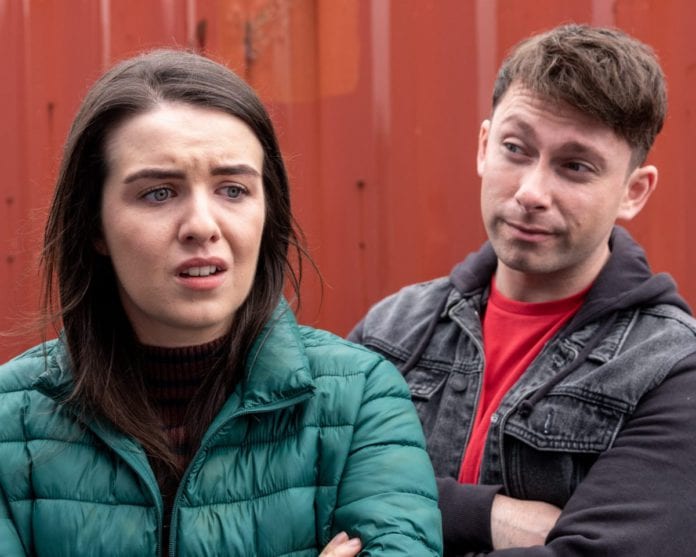 Berni digs into the mystery of what happened to Jude, Caitríona tries desperately to recover Maeve’s money, and Adam doesn’t get why Sorcha believes her mother on Ros na Rún.

Angst still swirls in Ros na Rún over what happened to Jude. Berni can’t understand why Andy is convinced that Briain was the one who hit him, and she decides to visit him in prison.

Briain tries desperately to get Jude to believe him. Will Jude believe Briain, or will his Big Little Lie be exposed?

Her daughter’s money is well and truly spent and not a cent of it exists. The clock is ticking for Caitríona, and she needs to come up with a plan before Vince notices her thieving.

Will Caitríona start selling her beloved belongings to make things right, or will she fall deeper into debt?

Adam goes through Sadie’s bag and finds a bundle of cash. Sadie tells Sorcha that the money is for a Credit Union repayment.

Adam is flabbergasted that Sorcha believes her mother. Will blood prove thicker than water, or is Sorcha having doubts?

Laoise’s cantankerous behaviour is taking it’s toll on everyone, not least her partner Mícheál.

She’s starting to realise just how much work goes into a business plan and apologises to Frances for being so rude.

Will Frances help Laoise?  Or is there more behind her mood swings than just the Business Plan?

Watch Ros na Rún tonight on TG4 at 8:30pm, or catch up on both of this week’s episodes with a double billing on Sunday.