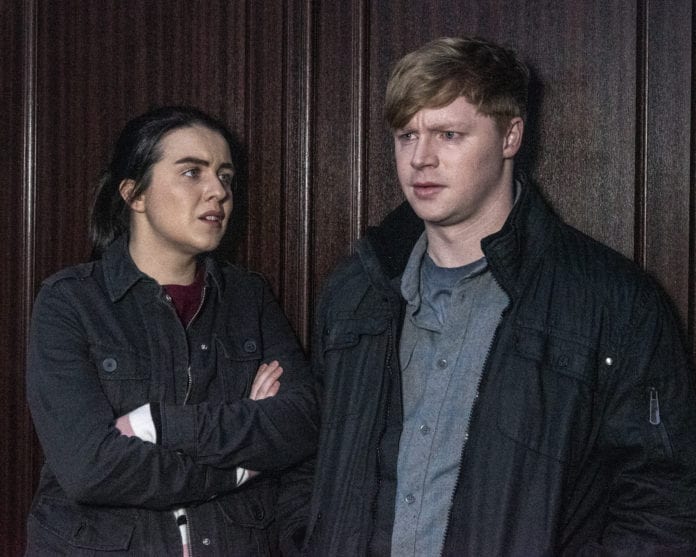 Lies are a poor foundation for any kind of relationships, and the secrets people are keeping in Ros na Rún stress theirs to the utmost.

Briain, not trusting Nathan, attempts to discredit him in Berni’s eyes, while Katy tries to preserve her fiction out of fear she will lose everything if Tadhg discovers he is not Jay’s grandfather.

Having had little contact with Jay, Mack becomes resigned to the fact he may never see him again when he moves to Australia.

Generosity bears unforeseen consequences as Nathan comes to the aid of a distraught Sorcha when her mother Sadie goes missing, and in so doing, stumbles on a secret Sorcha has been keeping.

Laoise is uncomfortable with how close Angela and Micheál are, but it’s not paranoia if you’re right, and she soon discovers she had every right to feel that way.

Meanwhile, Angela is worried she may never receive her money from Tadhg until she hears about Maggie.

All of this drama and more in the weekly double feature of Ros na Rún on TG4 at 8:30pm on Sunday.