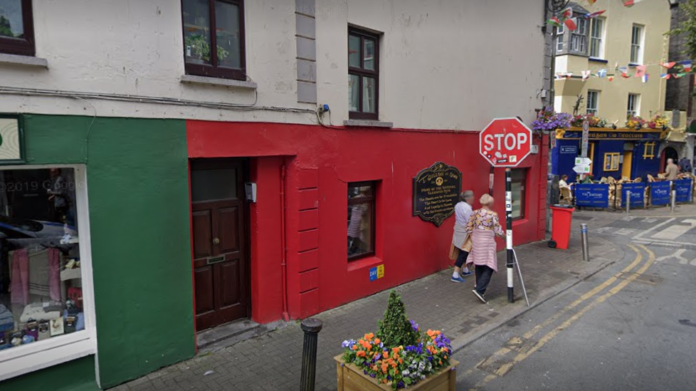 A plaque featuring the poem ‘Claddagh Ring’ by Nessa O’Mahony will be unveiled on the outside wall of Thomas Dillon’s Jewellers on Quay Steet this Friday, February 25.

It will become the twenty-sixth poem to feature on The Galway Poetry Trail – a series of plaques dotted around Galway city which feature pieces of writing about the place in which they are situated.

The poem is about a Claddagh ring the poet’s father bought for her mother in Dillon’s, and which Nessa herself now wears.

The plaque is being sponsored by Thomas Dillon’s, which has been making Claddagh rings since 1750.

Poet Mary O’Malley will unveil the plaque at 3pm on Friday, and all are welcome to attend.

The Galway Poetry Trail is organised jointly by Kennys Bookshop and Galway City Council, along with Cúirt International Festival of Literature, and has been added to annually since the first plaque was installed in 2005.

Some of the plaques can be found at Tigh Neachtain on Quay Street (featuring ‘The Kasbah’ by Gerry Hanberry), Jury’s Inn (featuring ‘Galway’ by Mary Devenport O’Neill), Grattan Road, Salthill (featuring ‘Deoraíocht by Pádraic Ó Conaire) and Blackrock on the Salthill Prom (featuring ‘Haiku’ by Little John Nee).

A list of the Galway Poetry Trail plaques and their locations can be found at www.kennys.ie/galway-poetry-trail.  Brochures can also be found at Kennys Bookshop in Liosbán.