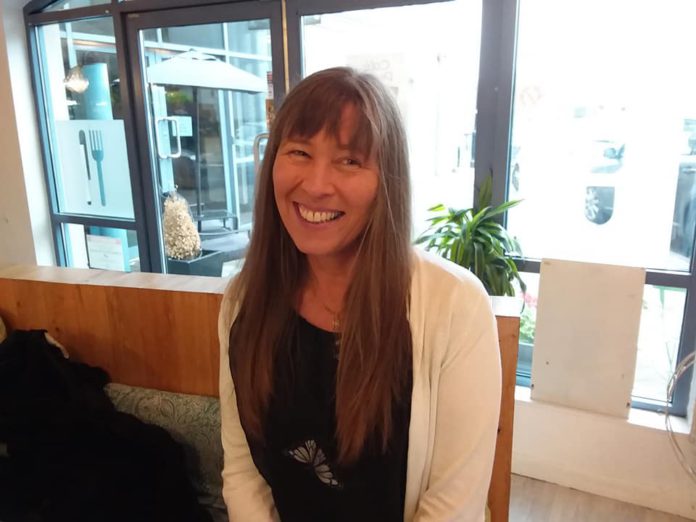 Galway’s Over the Edge is celebrating its 19th birthday with the first open reading of 2022 next week, for arts lovers to ring in the new year.

The open reading will take place on Thursday, January 20 at the usual time of 6:30pm over Zoom, with featured readers Daniel Wade, John Noonan, & Deirdre Hines.

he evening will also see the launch, by Deirdre Hines, of issue fifteen of perhaps Ireland’s most exciting, informative, and accessible poetry magazine Skylight 47.

Various contributors to the magazine, which was edited by Bernie Crawford, Nicki Griffin, & Ruth Quinlan, will also be performing readings during the evening.

Liverpool born Deirdre Hines has hop-scotched from there to Belfast, and then to Letterkenny, Co. Donegal where she now lives and works.

She has written several plays, of which “Howling Moons, Silent Sons” won the Stewart Parker Award for Best New Play in 1992.

She was short listed for the Patrick Kavanagh Poetry Award in 2010, and won the Listowel Poetry Collection in 2011, before her debut collection The Language of Coats was published in 2012.

John Noonan is a native of Longford who now lives near Dundalk, and whose work has been published in Poetry Ireland Review, Crannóg, Skylight 47, Revival Press, and more.

His first play “Winter Window” was performed in 2018. John’s poetry has also been included in some anthologies also shortlisted in many poetry competitions and was the winner of The Goldsmith International Poetry Competition.

Daniel Wade, a Dublin native, was the Hennessy New Irish Writing winner for the Irish Times in 2015.

His first play, The Collector, made its stage debut at the New Theatre, Dublin in January 2017.

This reading celebrates the nineteenth anniversary of the first ever Over The Edge reading in Galway City Library and there will be an online birthday party throughout.

There will even possibly be a birthday cake to celebrate the fact that Over The Edge is now (easily) old enough to legally drink whiskey, drive a car, or join the French Foreign Legion.

As usual there will be an open mic for anyone to step forward with their work after the featured readers. The MC for the evening will be Susan Millar DuMars.