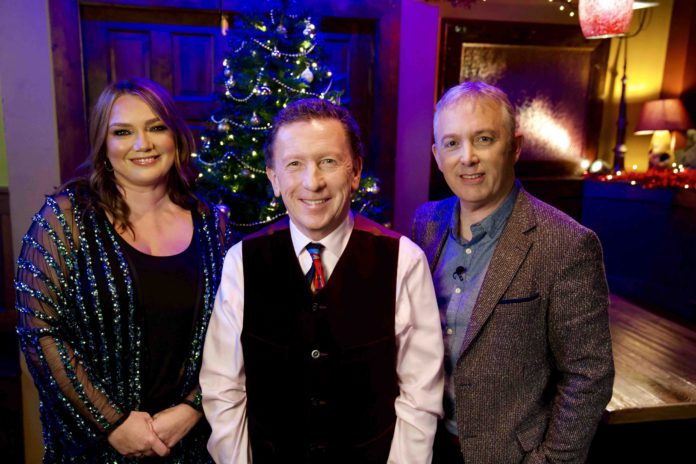 The famed Campbell’s Tavern in Headford plays host to an array of musical talent from Galway and further afield in the Geantraí na Nollag Christmas Special.

This piece of Irish musical history is returning to the screen after a decade long hiatus.

For 16 years the traditional music series Geantraí was the lynchpin of music programming on TG4 and after a decade long hiatus the series is back kicking off with Geantraí na Nollag on Christmas Day at 8.35pm.

This one-hour special gathers the cream of the country’s traditional and folk music talent for a Christmas night celebration featuring Frankie Gavin, The Whileaways, Sorcha Costello and North Cregg.

The legendary Frankie Gavin and The Whileaways will be accompanied by some of the finest local talent where ceol, craic and collaborations will make for perfect Christmas Night viewing.

This programme stands as a celebration of the living tradition and documents Irish music and musicians in their natural and often preferred environment – the session.

Geantraí provided a platform and represented thousands of musicians over its 16-year run and it hopes to continue in this vein with a magical evening of song and music in the hallowed hall of Campbell’s Tavern.

The COVID-19 pandemic highlighted the importance that the audience play in live music and Geantraí captures this relationship and connection between performers and listeners.

Galway’s own The Whileaways woo the crowd with their wondrous warming performance of In All Honesty.

The series return will come as a Christmas gift to music and culture fans length and breadth of the country and the programme will be the first in the new series return which will go to air in Spring 2023.

Tune in to Geantraí na Nollag to relax and enjoy live music performed in front of a live audience and celebrate the festive season in unique fashion this Christmas.

What better way to celebrate Christmas than to have the best of Irish traditional and folk music brought to your home at the click of a button on Christmas Day.

The legacy of Geantraí is being continued under the directorship of Paschal Cassidy, Director of Hedgerow Films, who was a key member of the production team under the programme’s previous stewardship under Tony and Joe McCarthy (Forefront Productions).

The full list of artists taking part in the special is: