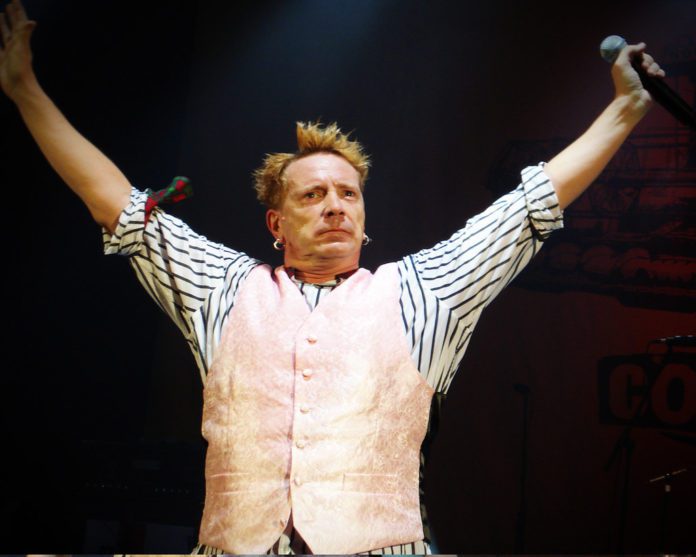 Punk legend John Lydon is in the running to represent Ireland at the Eurovision this year with his current band, Public Image Limited.

Lydon, whose father John Christopher was from Tuam, hopes to go to this year’s song contest with a song called Hawaii, which is a love letter to his wife Nora who is living with Alzheimer’s.

Public Image Limited will perform the song in a Late Late Show contest special on 3 February.

Like his father, Lydon’s mother Eileen from Cork immigrated to north London, and the outspoken singer holds an Irish passport.

The band, often shortened to ‘PiL’, says that Hawaii is “a pensive, personal yet universal love song that will resonate with many.”

Better known as Johnny Rotten during his Sex Pistol days, Lydon wrote of being Irish in London in his autobiography Rotten – No Irish, No Blacks, No Dogs.

He said that Londoners had “no choice but to accept the Irish” because there were so many, “and we do blend in better than the Jamaicans.”

“When I was very young and going to school, I remember bricks thrown at me by English parents. We were the Irish scum. But it’s fun being scum, too,” he wrote.

He also said: “When my parents came over from Ireland they became intrinsically working-class English. [I am] proper London working-class.”

The other contestants hoping to represent Ireland at this year’s Eurovision are Donegal soul singer Leila Jane with Wild, rap duo K Muni & ND with Down in the Rain, singer-songwriter ADGY with Too Good for Your Love, and CONNOLLY with Midnight Summer Night.