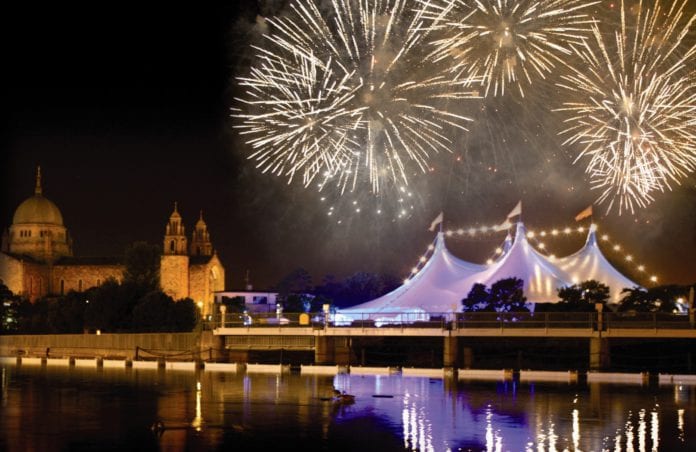 Bell X1, Tones and I, and Fat Freddy’s Drop will play the Heineken Big Top next July as part of Galway International Arts Festival.

Tickets for Kaiser Chiefs are already on sale, while tickets for the other three acts will go on sale tomorrow, Friday 9 December at 10am on giaf.ie and roisindubh.net.

Bell X1 will a welcome return to the GIAF stage on Friday, 28 July for what is sure to be one of the best live gigs of the summer.

Tones and I will take to the Big Top on Saturday, 29 July following an incredible entry onto the music scene with the global hit-song Dance Monkey.

The tune has been No. 1 in over 30 countries going quadruple-platinum in the USA and multi-platinum in 15 other countries.

Fat Freddy’s Drop, who will play on Thursday, 20 July, combine techno, house, soul, dub, reggae, funk rhythm and blues, and they have built a sizeable following of Fred heads both at home and internationally.

With the Guardian newspaper describing them as a ‘funk machine’ and a ‘must-see live gig’, this is a night not to be missed by music fans.

Missing out on GIAF 2022, Kaiser Chiefs will take to the stage of the Heineken Big Top for a much anticipated performance on Thursday 27 July.