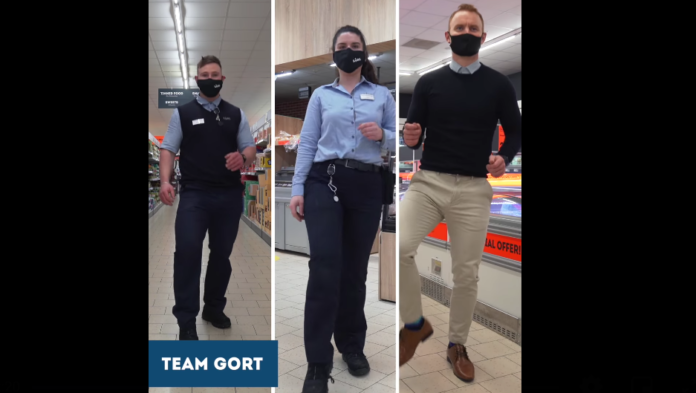 Lidl staff in Gort have taken on the Jerusalema Challenge a week after An Garda Síochána’s impressive attempt at the dance routine went viral across Ireland and Europe.

Lidl’s video has already gathered over 300,000 views on Facebook since going live yesterday and features ten Lidl locations across the island of Ireland.

You can check out the video on Lidl Ireland’s Facebook page by clicking HERE.

People and groups from across the country have been participating in the #JerusalemaChallenge after gardaí put together a video which went viral.

The Gardaí were responding to the challenge put to them by the Swiss police, and more than outshone their central European colleagues with outstanding choreography and beautiful landscapes.