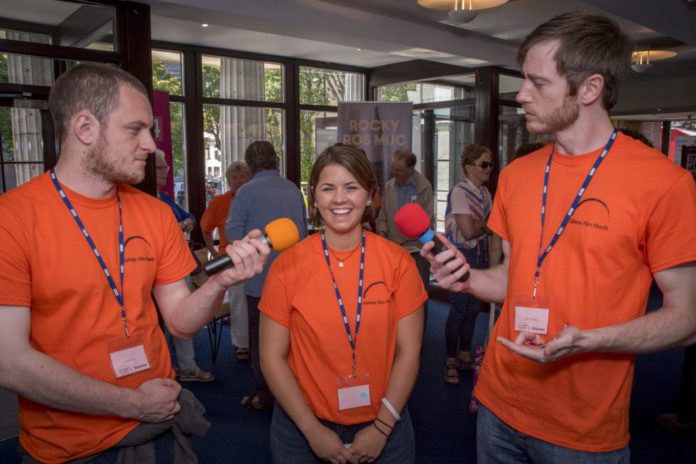 Galway Film Fleadh is returning next month, and if you want a chance to get up a look behind the curtain, the festival is looking for volunteers.

Volunteering at the Galway Film Fleadh offers an exciting opportunity to get up close and personal with the running of an annual film festival.

Become a part of the Film Fleadh team and gain a unique insight into an important aspect of the film industry.

Not to mention the fun to be had and friends to be made by working at one of Ireland’s premiere summer events.

For those fascinated by the world of film, volunteering with the fleadh also offers the opportunity to rub shoulders with industry leading producers, directors and screenwriters, as well as world famous actors.

Volunteers will assist with all facets of the festival, including workshops and industry events; transportation and guest registration; working with the publicity/marketing team; taking tickets; greeters; ushering; technical AV assistance or sales.

The festival is particularly interested in hearing from potential volunteer photographers.

This year’s Galway Film Fleadh will feature two world premieres among its amazing lineup of short and features films when it returns to the streets and screens in July.

The festival will open with feel-good film Joyride starring Olivia Colman, and midlands-set football drama Lakelands will also have its world premiere at this year’s festival.

Director of Programming William Fitzgerald said that the whole industry is looking forward to return to the first ‘proper Fleadh’ in three years.

“And we’re not going to disappoint with a record number of New Irish Film premieres in this year’s programme. Stay tuned for more to come,” he said.