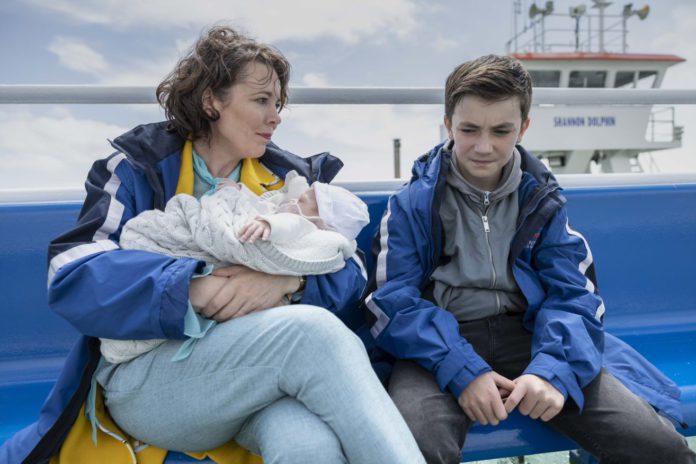 The Galway Film Fleadh has revealed the first two world premieres from its 34th edition this year, taking place from 5 July to 10 July.

The Fleadh will open with feel-good film Joyride starring Olivia Colman, and midlands-set football drama Lakelands will also have its world premiere at this year’s festival.

After two years of online and outdoor events, Galway Film Fleadh is returning for a live, in-cinema edition at the Town Hall Theatre and Pálás cinema.

Joyride, directed by Emer Reynolds, tells the story of Joy (Olivia Colman), a complicated woman struggling with motherhood, who finds herself on the run with teenager Mully (Charlie Reid).

As they tear up the road on a wild journey across Ireland, audiences will follow the roguish ‘outlaws’ in search of their dreams in what is a feel-good, foul-mouthed fairytale.

Joyride will open this year’s Fleadh on 5 July at 7pm in the Town Hall Theatre.

Lakelands follows Cian, a young Gaelic footballer who struggles to comes to terms with a career-ending injury after an attack on a night out.

Cian searches for his own identity in a small town where Gaelic football is a religion, and identity is defined by what you can do on the pitch.

The film will premiere on July 9 at 9pm at the Town Hall Theatre.

The film previously won an award for the Best Marketplace Project pitched at the Film Fleadh’s film and television marketplace – an event where filmmakers with projects in development can meet with film financiers, distributors, sales agents, broadcasters and major producers.

The Film Fleadh’s Director of Programming William Fitzgerald said that the whole industry is looking forward to return to the first ‘proper Fleadh’ in three years.

“And we’re not going to disappoint with a record number of New Irish Film premieres in this year’s programme. Stay tuned for more to come,” he said.