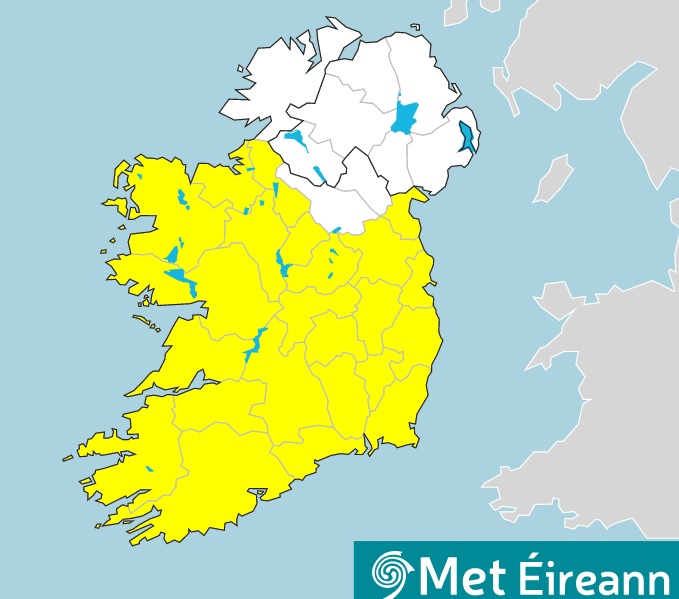 Two separate status yellow weather warnings for snow and ice, along with gale force winds and heavy precipitation, are now in effect in Galway.

Outright terrible conditions have been forecast for Galway and the bulk of Ireland for the next 24 hours by Met Eireann.

Accumulations of up to 5cm of snow are expected in part of the country today, possibly even higher in mountainous areas, before it turns to rain in the west later tonight.

Gale force winds are also expected today, bringing with them rain, sleet, and snow, which are expected to create extremely poor visibility and driving conditions.

The two weather warnings cover all of Connacht, Munster, and Leinster, and will be in force until 8am on Friday morning.

The Tuam area was particularly badly hit by snow on Tuesday, as a cold front has affected the country this week, with many roads made treacherous by heavy snow showers.