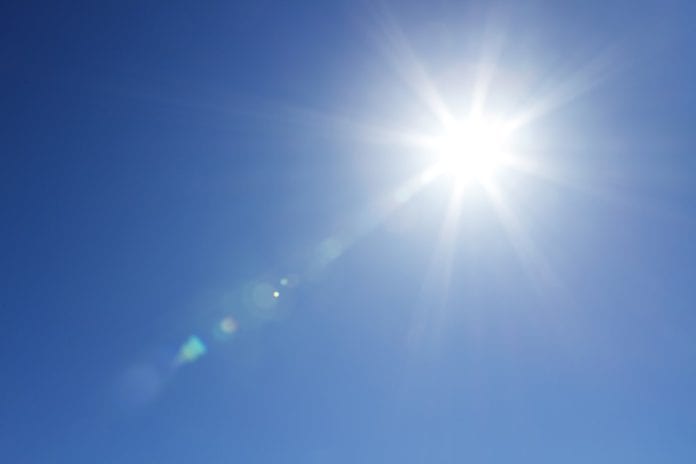 Much-needed sunshine and blue skies are blessing much of the county today – and thankfully it won’t be a one-day wonder, as the Galway forecast for the coming days looks positive with bright and dry conditions set to stick around.

While the sunshine may be hazy and interrupted by clouds at times on Friday and Saturday, high pressure will continue to dominate the weather, bringing mostly dry and settled conditions.

Today, Wednesday will remain sunny over most of the county with some occasional clouds. Temperatures will reach a maximum of 16 degrees during the late afternoon.

Overnight will be colder and temperatures of 2 to 5 degrees could bring some ground frost in the morning.

But as any mist clears on Thursday morning, the blue skies will open up once again making for another beautiful day across Galway. High temperatures will again be between 14 to 16 degrees in light to moderate east to southeast breezes.

Friday will be slightly warmer, but slightly cloudier than today and tomorrow. There will be sunshine though in many parts of Galway and temperatures will reach 17 degrees Celsius in places.

Saturday looks set to be much the same, with hazy sunshine forecast for most of the country. It will remain mostly bright though with Saturday afternoon highs of around 16 degrees.

Met Éireann says that Sunday looks set to be the sunnier day of this weekend, with more uninterrupted sunshine and blue skies across the country. Temperatures in the West will range 14 to 17 degrees Celsius in the afternoon.

The early forecast for next week is also promising, with no rain forecast (yet).