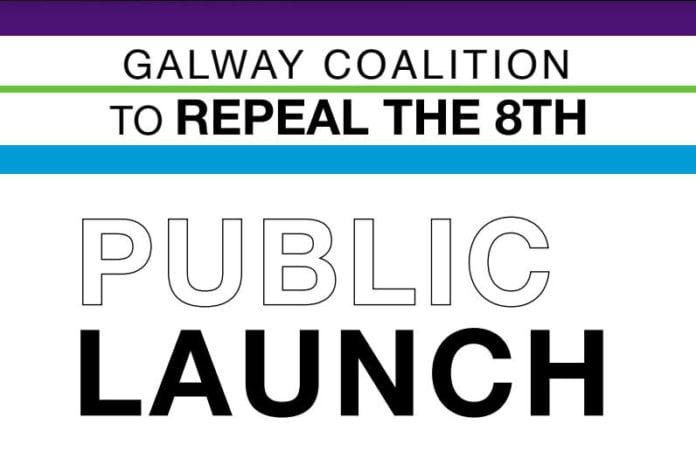 The Galway Coalition to Repeal the Eighth Amendment is a coalition of organisations from Galway city and county that aim to work towards the repeal of the 8th amendment.

Founded last month, the Galway Coalition is modeled after the National Coalition to Repeal the 8th Amendment. With 24 organisations already represented, and still growing, the group aims to build a collaborative campaign for Repeal in Galway.

Speakers on the night include Parents for Choice in Pregnancy and Childbirth representative Jenni Owen-Thomas, National Coalition to Repeal the Eighth Amendment convener Ailbhe Smyth, Dr. Peadar O’Grady of Doctors for Choice and Arlette Lyons of TFMR.

The evening will also have artistic support from Anna McCarthy, singer songwriter from Galway band Dott.

Individuals and members of Coalition organisations alike are welcome to come along and sign up to join the coalition.

If you are involved with an organisation in Galway that believes in the repeal of the 8th amendment and would like to get involved in the coalition, please get in touch with the organisers by emailing repeal8galway@gmail.com.