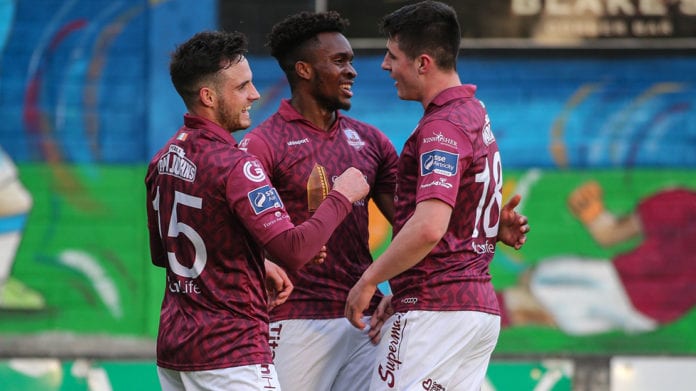 Galway United bounced back from their disappointing loss to Shelbourne to strike three first half goals last Friday (27th April) to run out comfortable winners over Cobh Ramblers in Eamonn Deacy Park.

Conor Barry struck two goals but it was Alan Murphy who entered the history books when he got a record breaking 75th league goal for the club.

United got their first goal on 18 minutes.  Ryan Connolly won a 50/50 and set up Barry.  The midfielder took one touch before finding the far corner of the net.

Five minutes later, Barry made it 2-0.  He was first to react to a deflection from an attempted clearnce intercepting a defensive pass before scoring past keeper Paul Hunt.

And the third goal came just before half-time when Barry was held back.  Murphy lotted the penalty to the net to get his 75th Galway United goal and a standing ovation.