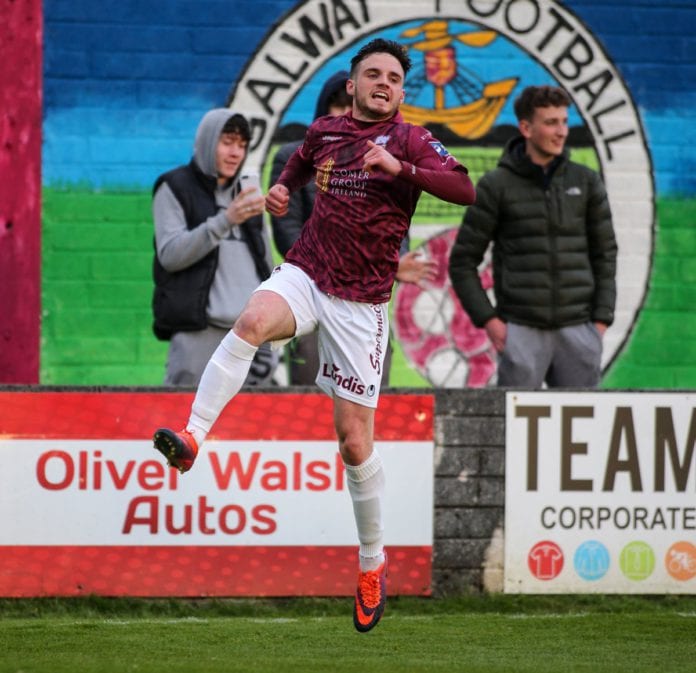 His two goals coupled with Alan Murphy’s record equalling 75th league goal gave the Tribesmen a 3-0 victory and moved them up to fourth place in the league table.

“After Shelbourne, we had a chat,” said Barry to Galway United’s official website.  “We needed to bounce back and we knew that. We knew that we didn’t play particularly well against Shelbourne, so it was great to get the three goals in the first half and basically kill off the game against Cobh.

HALF-TIME | A brace from Conor Barry and a record-breaking Alan Murphy goal from the penalty spot sees United in control at the break. #GUFC pic.twitter.com/e3loCWA7HP

“It’s obviously not nice when you’re out of the team, but you do your job and you do what you have to do when you come on. I was pleased to get the start tonight and the two goals also. Hopefully I’ve given the manager a bit of a selection headache going into next week against Athlone Town.

“Alan (Murphy) was going for the club’s all-time record goal scorer.  He won’t get a better chance and it was a bit more special scoring it in front of our own fans. I was delighted to get the three points, the two goals and for Murph to break the record.