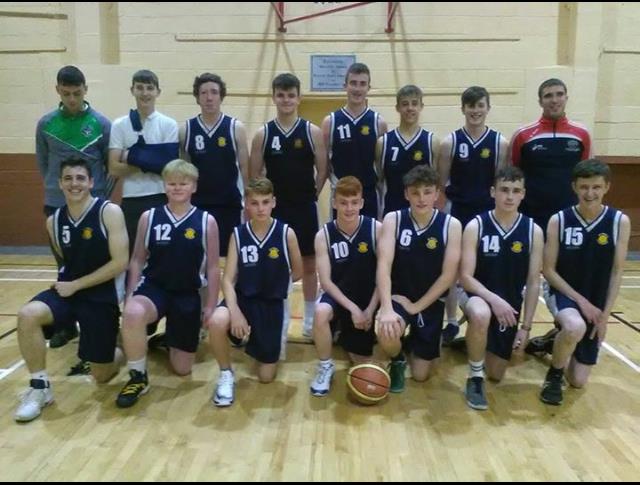 St. Paul’s, Oughterard and Colaiste Einde, Galway will go in search of All-Ireland glory next week (Wednesday, 24th January) as both emerged victorious from their respective semi-finals.

Colaiste Einde will compete in the under 16 B decider when they face Colaiste an Spioraid Naoimh from Cork at 12.15pm.  And St. Paul’s will contest the under 19 B final against St. Vincent’s Castleknock College at 3.30pm.

Both teams were prominent in the school’s leagues and will look to maintain their form in the knock out series.

St. Paul’s won the girls competition two years ago under coach Diarmuid Lee and the boys will aim to repeat the feat.  In Paul Kelly, they have a top talisman who averages 35 points per game and he is well supported by Ryan Monaghan and Alan Kelly.

They started their campaign in September with a 20-0 victory over St. Columbs, Derry before being comfortable 80-53 victors against Colaiste Choilmcille, Ballyshannon.

The quarter-final was a tighter affair edging past St. Oliver’s, Drogheda 68-62.  And in the semi-final last Friday (12th), the were successful 70-58 against their neighbours Colaiste Einde.

Congratulations to our U16 Boys Basketball team on qualifying for the @BballIrl All-Ireland B Cup Final following a thrilling victory over St Oliver’s,Drogheda yesterday on a score line of 45-42. Well done Ms De Paor (manager) and past pupil Kyle Walsh (coach) pic.twitter.com/LBu31pEnux

However, Colaiste Einde have shown their talent in the lower age grade and in Malik Thiam, they possess an Irish underage international who averages 24 points each outing.

Their first assignment in October saw them prevail 48-37 over St. Columbs, Derry before Marist College, Athlone were dispatched 66-31 in the quarter-final.  They had a tough semi-final coming through St. Oliver’s, Drogheda 45-42 to reach the final.

Both contests will be tight affairs but the two Galway schools will travel with confidence.  And as both are involved on the same card with only one match in between, a strong Tribal support could spur them to back-to-back wins.