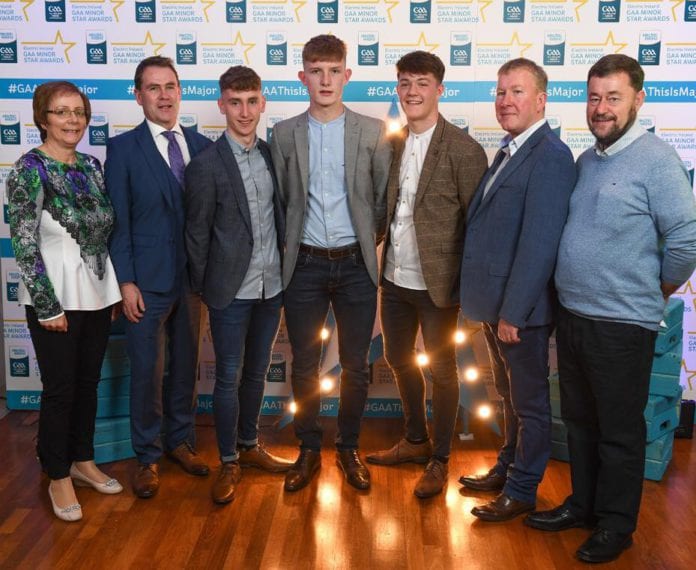 It was a very busy weekend for athletes and coaches alike with many travelling to Killruddery Estate in Co. Wicklow on Saturday and then onto Stranorlar, Co. Donegal on Sunday.

The ‘We are Tuam’ fundraising group travelled to Bray to take part in the ‘Hell and Back’ 10k challenge to raise funds for the proposed Community Sports Facility in Tuam.

On Sunday, many of the coaches and parents who took part in the 10k challenge in Bray, accompanied almost 60 athletes to Finn Valley Athletic Club in Donegal to take part in the inaugural Champions Cup Cross Country event.

Hundreds of young athletes between the ages of 9 and 18 from several clubs took part on the day. Finn Valley AC were the overall winners of the Champions Cup on this occasion but all the athletes from Tuam AC did extremely well with many achieving top 3 finishing positions in their respective races.

Congratulations to all club members who represented their schools by taking part in the Primary Schools Cross Country Championships in Renmore over the past 2 weeks.

The Galway County Cross Country Championships (even ages) will take place in the Palace Fields on Sunday at 1pm. Good luck to all of our athletes who will be taking part.

Details of club training times can be found on the Tuam AC Juveniles Facebook page.

Seniors finished off the year on a high with a good win over Ardrahan by 1-18 to 1-12. Abbey led most of the way through the match and finished the stronger in both halves. It was a frustrating year for the team with 2 draws against Moycullen and TAD before the break.

These were two games that could have been won. The Pearses defeat was a low point but they could easily have beaten Athenry two weeks later even after a terrible start and a disappointing call towards the end for a penalty.

Some good players are beginning to break through the team and the experience they gained for next year will be invaluable. The team had some good league games over the summer also against Cappataggle, Loughrea and TAD. Thanks to team and management for all their efforts over the year.

Lotto Numbers 24 Sep: 5, 25, 27, 32. No Winner. No Match 3. Lucky Dip: Rachel Kearney, Mirah. Thanks to all for supporting us in our lotto. Play online at: www.abbeyknockmoy.gaa.ie/club-lotto

Thanks to all involved and well done to all winners.

Well done to the 3 Galway Minor Footballers, who received their awards at the 2018 Electric Ireland Minor All-Star Awards.

We were defeated by Ballinasloe in an under 14 division 1 game on a score line of Corofin 2-9 to Ballinasloe 5-7, played at home on Sunday.

The Club offers its sympathy to the family and friends of Séan Dooley, Peterswell, Gort, father of Nora Costello, Cloonaghmore.  May he rest in peace.

Well done to the Corofin Ladies senior team who were winners of the Championship semi-final. They defeated Moycullen after extra time by 1-23 to 2-19. Congratulations on this hard-fought win and good luck in the County final against Kilkerrin-Clonberne.

This game is fixed for Saturday at 3.00 pm in Moycullen.