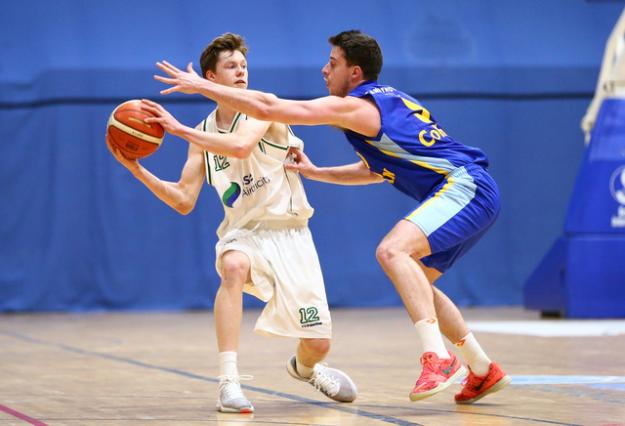 Galway teams suffered defeats all round in the National Basketball Super League and Division One last weekend.

One week from their cup defeat to the same opposition, Moycullen were the wrong side of a rampant Pyrobell Killester outfit who emerged 108-83 winners in Galway.

Spanish player Rodrigo Garcia Ruiz was the visitors’ top scorer with 22 points but Moycullen were well represented in the scoring as Brandon McGuire hit 28 points while James Loughnane and Kyle Cunningham were also in double figures.

The teams were level 20 points apiece but a second quarter blitz gave Killester a 60-44 half-time advantage and they continued to pull away after.  And the home side’s frustration told during the third quarter when head coach John Cunningham was expelled from the gym for dissent, the first time in his illustrious career.

It wasn’t all bad as the three-point challenge, hosted at home games in association with Nuark Ventures Ltd, produced a winner with under 14 player Donagh McDonagh nailing his effort.

And we have a winner in our #Nuark3PointChallenge
Donogh McDonogh from our U14 team nailed the 3 in tonight’s SuperLeague game pic.twitter.com/0hbKWPSXkT

Moycullen remain eighth in the Super League on five wins from 11 games and will host Maree in the local derby this Saturday (4pm NUIG’s Kingfisher Arena) in their final outing before Christmas.

Maree also had a frustrating Saturday in Kerry as Garvey’s Tralee Warriors were 90-67 winners keeping the Galway outfit in the relegation zone with just three wins from 13 encounters.  Kieran Donaghy was one of the home team stars getting 20 points but Kenneth Hansberry was equally efficient for Maree.

Corey Hammell (10) and Eoin Rockall (12) were also prominent Maree scorers as they trailed 41-33 at half-time but Warriors upped the tempo after the restart.  And not to be undone, the Kerry supporters also had their own three-point winner to congratulate.

In Division One, a cracking contest going to overtime saw GamesFootage.net Titans come up just short as they fell to KYIT Donegal 100-96.  Titans actually led 45-40 at half-time but looked to be staring defeat before under 18 players Toms Fabriccious struck an equalising three-pointer to force added time.    But it wasn’t to be for Titans who suffered their 10th loss and remain in the bottom two.