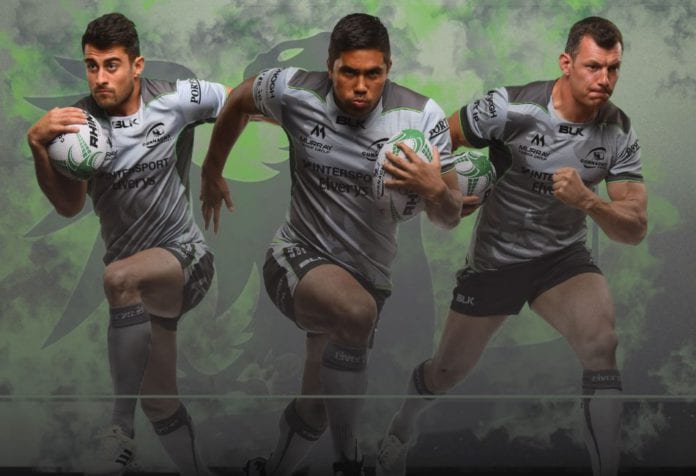 Connacht Head Coach Andy Friend has named two Academy players on the bench for his side’s opening Challenge Cup game of the season against Bordeaux Bégles at the Sportsground.

Out half Conor Fitzgerald and Connemara man Colm de Buitlear, who has featured across the back three, are named among the Connacht replacements.

In the starting XV the front row of props Peter McCabe and Conor Carey along with hooker Shane Delahunt are all set for their first starts of the season. In the second row there is one change from the side that defeated Ulster last weekend, with James Cannon starting alongside Quinn Roux.

#connachtrugby ICYMI: Connacht in Pool 3 of the Challenge Cup along with Sale, Bordeaux-Begles & Perpignan pic.twitter.com/RcrpFAQmh7

Caolin Blade comes back in at scrum-half for the injured Kieran Marmion where he partners Jack Carty, who has been in outstanding form this season. Elsewhere in the back line the experienced Eoin Griffin joins Bundee Aki in midfield.

Kyle Godwin is named on the wing with Niyi Adeolokun on the opposite wing, and Cian Kelleher at full-back making up the back three.

On the bench lock Joe Maksymiw looks set to make his Connacht debut while there is also plenty of experience to draw on with Tom McCartney, Denis Buckley and Finlay Bealham also included in the match day 23.

“We are really looking forward to our opening game of our Challenge Cup campaign,” said Head Coach Andy Friend to Connacht Rugby’s official website.  “This is a competition that Connacht have a proud tradition in and we hope to make a big impact in this season.

“We are coming off six tough PRO14 games, so it is only natural that there is some rotation of the squad, but we have a good blend of youth and experience among the squad. We have included Conor Fitzgerald and Colm De Buitléar, two promising Academy players, among our replacements.

“We hope that they will get a chance to make their debuts at some stage during the eighty minutes. It is a big opportunity to be involved in a European fixture especially in front of the home fans in the Sportsground. We also have plenty of experience on that bench to call on if needed.”

Connacht host Bordeaux Begles in their opening assignment of the 2018-19 European Challenge Cup on Saturday, 13th October.  Kick-off at the Sportsground is 3pm.