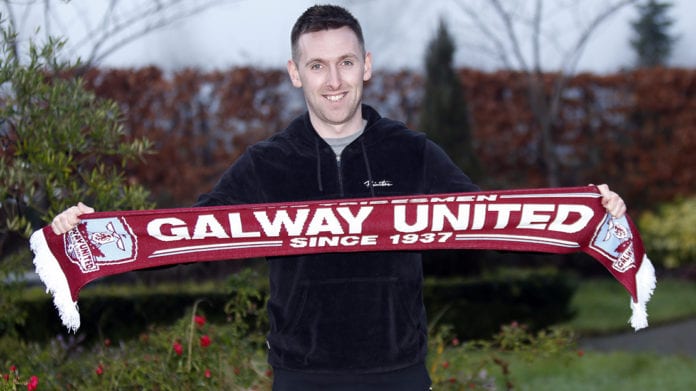 The club wished Kenny well and thanked him for his contribution since he signed at the beginning of 2018.

Kenny made 15 First Division appearances for the Tribesmen since joining from Limerick FC and scored his only goal in the 3-0 victory over Athlone Town in May.

Galway United can confirm that Stephen Kenny has left the club by mutual consent.https://t.co/R6EHMPAZBh #GUFC pic.twitter.com/bUaB7YO0ni

The 25-year-old also had spells with Cork City, Waterford United and Cobh Ramblers and was a teammate of Robbie Williams when Limerick won the First Division in 2016.

He’d set his sights on another title in 2018 and told galwayunited.fc when he signed “it’s similar to when I joined Limerick from Cobh, my ambition is to win the league, just like I did that year with Limerick and try and play in every game.

But with the transfer window open during July, Kenny will be looking for a new club to conclude the year.