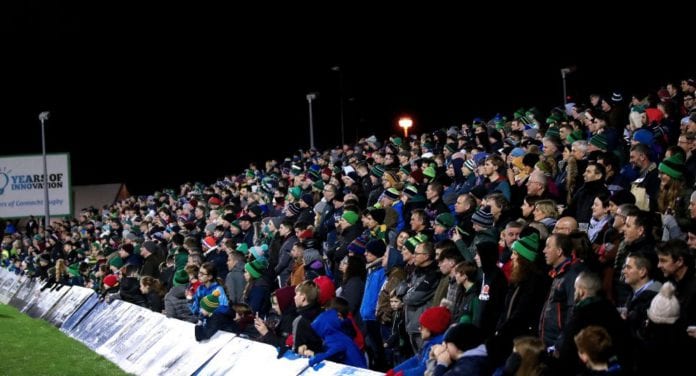 Anticipation is high ahead of Connacht’s upcoming clash with Munster this Saturday, enough that the Sportsground is already completely sold out.

Connacht and Munster are playing this Saturday, December 5 in Galway in their latest match in the Guinness PRO14.

With every ticket sold out a crowd of over 8,000 can be expected to fill the stands of the Sportsground on Saturday.

Connacht are hoping to carry on the momentum from last Saturday’s 21 – 12 victory over Ulster.

Defence Coach Pete Wilkins said this weekend’s game will be “defining” for this block.

That would be a great boost going for the team going into the next round of the PRO14 and on to Europe.

That massive crowd drawn from Galway and the rest of the province is a huge support for Connacht, and can be daunting to teams coming to Galway according to Pete Wilkins.

“The spirit and atmosphere generated by our supporters here is second to none,” he said, “and that’s something we’re very proud of.”