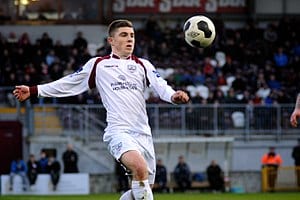 Galway man Ryan Manning has been called up to the Republic of Ireland squad ahead of their Nations League game against Finland on Wednesday.

The 24-year-old signed for QPR from Galway United in 2015 after winning promotion to the League of Ireland Premier Division, and has made 87 appearances for the London club.

He previously lined out for the Republic of Ireland’s U17, U19 and U21 sides before earning his first call up to the senior squad in 2018.

The game in Helsinki kicks off at 5pm on Wednesday, and Stephen Kenny will be hoping his Ireland team can collect all three points to close the gap on Finland and Wales.

Finland are currently in second place in the group, just one point behind group leaders Wales, and 4 points ahead of the Republic of Ireland in third who have scored just one goal in their first three games.