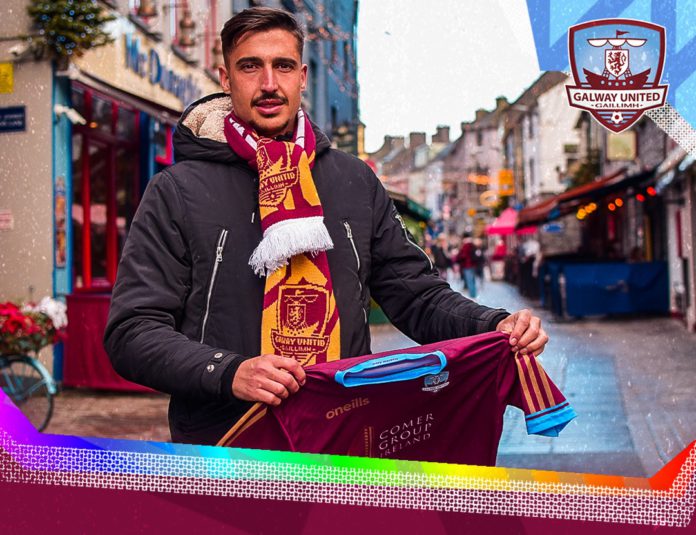 Dimas, who hails from Las Palmas de Gran Canaria, is a well seasoned addition to the Galway side, having played with multiple Spanish clubs and bringing UEFA European competition experience to the table.

Dimas, who arrived in Galway over the weekend, said that he’s happy to be here and told the United media team that he can’t wait to get started.

“Yes, speaking with the coach, he told me that the last season we were about to be promoted, and that the objective this year was to achieve that promotion.”

“So yes what motivates be to be here is to win and yes to achieve the objective, getting to the Premier Division.”

“Being a striker as I am, I can’t wait to score goals and to start playing. I’m a striker, but I care about the team, and mainly I want the team to win.”