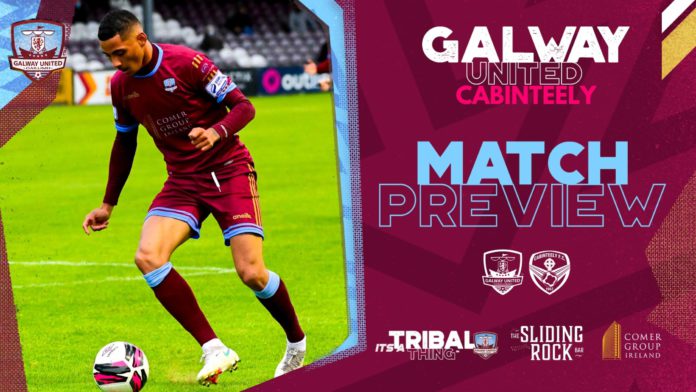 Galway United are eyeing back to back wins, which have eluded them so far this League of Ireland season, when they face Cabinteely tomorrow.

The Tribesmen secured a last minute victory against Athlone Town last week, with a 94th minute goal from Padraic Cunningham putting United ahead after levelling Athlone’s early lead in the second half.

United manager John Caulfield said that Cabinteely are a hard-working that operate as a tight unit, and are always hard to beat. They are coming off their own 2-0 victory against Cork City.

United are currently in 6th place on the First Division table, now even on points with Athlone at 16, and just two points behind Cabinteely themselves, raising the stakes for tomorrow’s game.

“They went down to Cork last week and had a fantastic result. They are ahead of us on the table, we know they are a very solid and tight unit, who like to play on the counter-attack.”

“It was brilliant to get a late goal against Athlone Town last Friday to secure three important points. We know that we haven’t been able to put consecutive wins together. So that is a challenge we have to see can we turnaround.”

He added that it was pleasing to secure a win after coming from behind, the first time they’ve managed it this season, which provided a confidence boost to the team.

“The supporters gave us a great lift in the second half, the encouragement coming from the stands. To come back in the game after being one down and to beat another very good side. I know that type of performance is in the team, I’m now talking about our consistency. That is what we are trying to work on.”

Galway United and Cabinteely will meet at Eamonn Deacy Park tomorrow evening, with kick off at 7:45pm.

This will be Stephen Walsh’s last game watching from the sidelines before his three game suspension runs out, and Carlton Ubaezuonu has returned to the squad after a short-term injury.