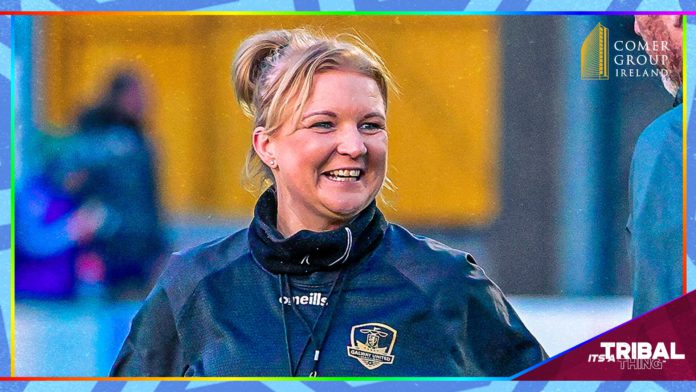 Galway United has lost an important member of their backroom staff with the departure first team Head Coach, Lisa Fallon for a job at FIFA.

Lisa, who joined United ahead of their highly successful 2021 season, is taking up a post with FIFA in the High Performance department of the Technical Division.

Speaking to Galway United’s media team, Lisa said that she “loved every minute” of working with the club, and is confident they’ll make it back to the Premiere Division.

Galway placed second in the first division this year, finishing six points behind Shelbourne United on the table.

A 1-0 loss to Bray Wanderers in the playoffs at the start of this month put an end to United’s hopes of getting back into the Premiere Division this year.

“We’re very disappointed that we didn’t achieve that goal this season, despite finishing second, but so much great work has been done by so many people this year and I have no doubt the club has everything it needs to get back to where it belongs.”

“I’m really grateful to John (Caulfield) and the Board for the opportunity to be head coach at this great club and also to all of the management team and the players who have been an absolute pleasure to work with this season,” Lisa added.

She said that the Galway fans “really are a different class” and made a huge difference when they came back to Eamonn Deacy Park to cheer on the team.

“The noise, the passion, the energy they bring is absolutely brilliant and the atmosphere for the last home game will be something that will live long in my memory.”

Manager of Galway United John Caulfield praised Lisa for her work “raising the standards” in the team this season, and said that she, her work ethic, and her expertise will be greatly missed.

“It was a pleasure to have her as part of our team and head coach. We wish her success in the next fantastic challenge in her career.”