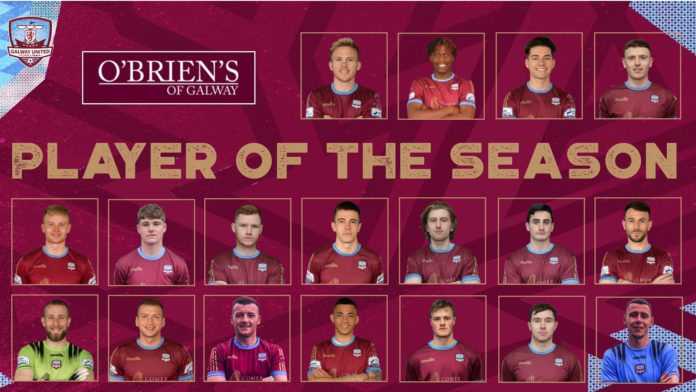 Galway United saw their hopes of promotion out of First Division end last week with a disappointing loss to Bray Wanderers, but it has still been a cracker of a season.

Fans can now lend their voice to who they think deserves to be crowned as the club’s best player in this season.

Supporters can cast their vote for the O’Brien’s of Galway Galway United Player of the Season award until later this week.

You can have your say on who the best United player this year was by voting online. The poll will close on Friday, November 12.

The winners of Player of the Month this year have been.

Galway United saw their promotion hopes dashed last weekend at Eamon Deacy Park with a 1-0 loss to the Bray Wanderers.

United finished the season in second place on the First Division leaderboard with 51 points, having closed some of the gap against Shelbourne, who topped the table with 57 points.