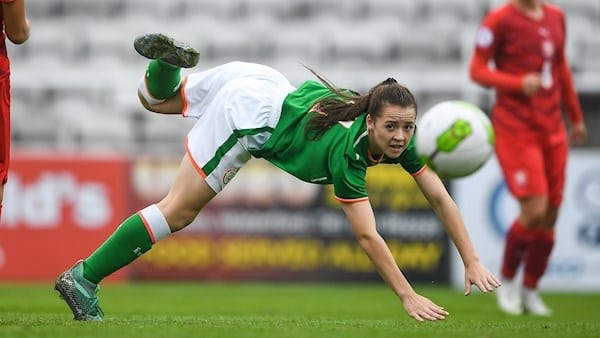 It was the opening game for Colin Bell’s charges as they seek one of the two qualification places for the elite round in a group that also includes Wales and hosts Serbia.

But the team also included three players from Galway WFC with Therese Kinneavey and Shauna Brennan starting in defence while Kayla Brady was an unused substitute.

👏What a start to the qualifying group for the @FAIreland WU17s who scored an unbelievable 1⃣4⃣ goals against Albania 🇦🇱 https://t.co/mpkD12Xl4Z

Ireland play Wales on Thursday (25th October, 11am) and Serbia on Sunday (28th October, 11am) in Stara Pazova as they seek to reach the next phase of qualification for the 2019 UEFA Women’s under 17 European Championships.

The top two teams from each of the 11 groups plus the four best third placed teams will qualify for the next round in April 2019.  Ireland’s scoring difference alone should mean their place is nearly booked.

Seven teams in April will qualify for the finals proper which take place in Bulgaria in May 2019.