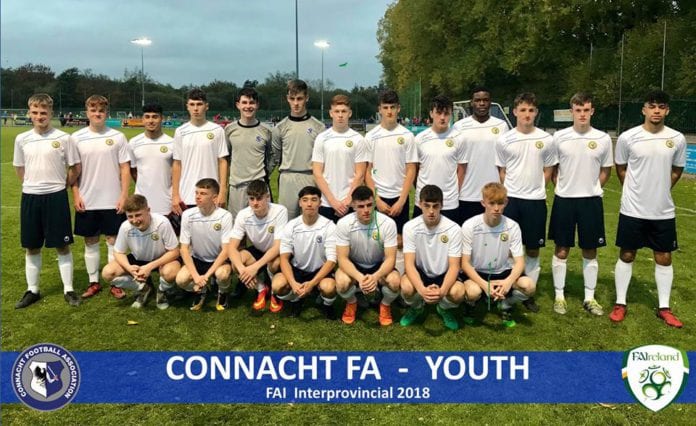 Connacht got off to the perfect start in the 2018 FAI Youth Interprovincial Tournament in Cork with a 3-0 victory over Ulster in Blarney on Friday (19th October) evening.

It sets up Ollie Neary’s team for a showdown with Leinster today (Saturday, 20th October) after both teams won their opening assignments.

Leinster were 4-0 winners over Munster and will meet Connacht in Mayfield Utd’s grounds at 2.30pm as part of the three-day festival.

The competition runs until Sunday (21st October) when Connacht conclude their campaign when they face hosts Munster in Turners Cross (11am).  The province that tops the three-day round-robin series will be the winners.

Munster vs Connacht (11am Turners Cross)