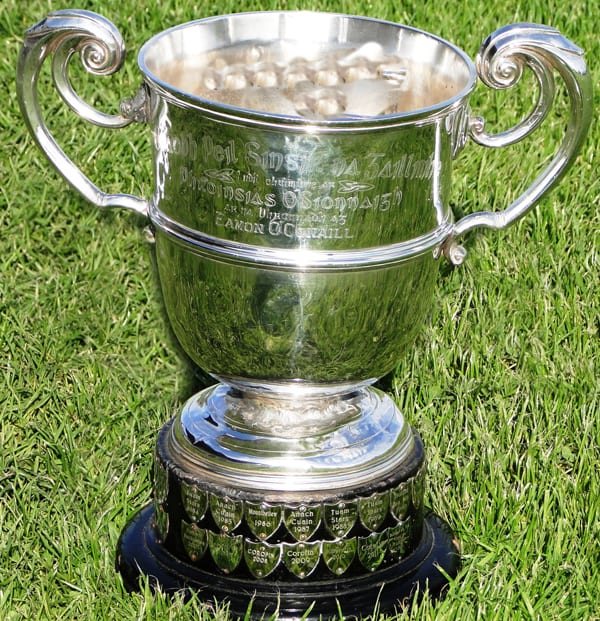 The second round of the Claregalway Hotel Senior Football Club Championship in Galway is getting underway today.

Annaghdown and Tuam Stars will be opening in Corofin this evening at 8pm as both sides try to recover from defeats in the first round of the club championship.

Also in Group 2 this weekend Corofin and St. James’ will meet at Tuam Stadium on Saturday at 6:45pm.

Both sides are coming out of the first round with victories already under their belt, as St. James’ secured a 3-14 to 0-8 win over Leitir Móir.

Claregalway will be playing on Sunday against Leitir Móir at 2:45pm in Pearse Stadium.

In Group 1 Bearna and St Michaels will start the action in Pearse Stadium on Saturday at 5:30pm.

Bearna fought to a draw with Salthill-Knocknacarra in the opening round with a scoreline of 1-8 to 0-11, while St Michaels had two points to spare over An Spidéal 1-9 to 0-10.

On Sunday Salthill-Knocknacarra meet Killererin in Tuam Stadium at 3:30pm while Milltown and An Spideal meet at the Salthill venue at 4:30pm.

Milltown edged out Killererin by a point 4-10 to 3-13 in a high scoring match last round.

And in Group 3 Maigh Cuilinn and Monivea-Abbey play in Tuam Stadium on Saturday at 5:00pm, while also on Saturday Killannin will meet Cheathrú Rua in Pearse Stadium at 7:15pm.

The opening round saw Maigh Cuilinn win by a point against Killannin 4-6 to 1-14 while Mountbellew-Moylough have seven points to spare against Monivea-Abbey 1-12 to 1-5.

An Cheathrú Rua were also in the winning mood and beat Caherlistrane by a goal 2-7 to 1-7.

Mountbellew-Moylough and Caherlistrane will clash on Sunday at 3.30 in Tuam stadium.