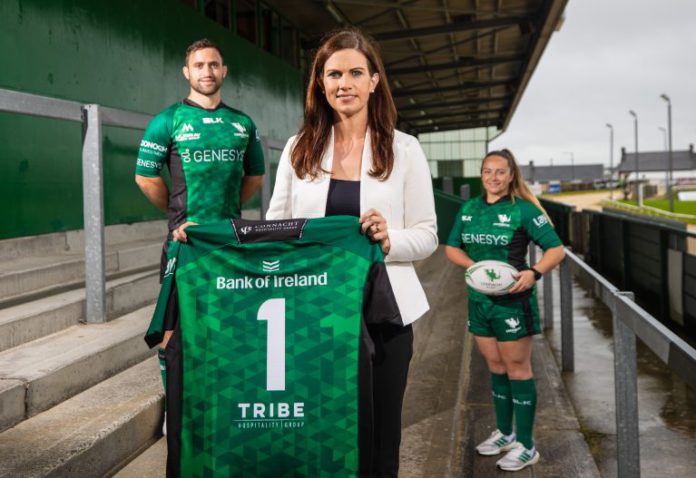 Connacht Rugby and Bank of Ireland have renewed their sponsorship deal for two seasons, and expanded it to include the senior women’s team.

The Bank of Ireland logo will be displayed on the rear of the men’s and women’s senior team jerseys.

BOI is backing rugby in the province in turn with support for youth and adult club championships.

Speaking about the partnership, Connacht’s Head of Commercial and Marketing Philip Patterson said, “Bank of Ireland have been a wonderful supporter of rugby in the West of Ireland and I’m delighted that both parties have agreed an extension of our partnership.”

“Supporters are well used to seeing the logo on the back of the men’s and women’s jerseys, and their support of Adult and Youth club competitions is also a significant boost. We look forward to continuing to grow our partnership in the years ahead.”

Marie Meehan Head of Bank of Ireland Galway said that they were delighted to extend their partnership with Connacht Rugby for another two seasons.

“We’ve been working together to make sure we can support them in their huge ambitions for their whole community.”

“As a result, we will now be supporting the women’s team, expanding our current sponsorship of the men’s game, and sponsoring all club and community tournaments across Connacht.”

The Connacht Women’s team is now in the thick of the Vodafone Interprovincial Championship, live on tv for the first time.

While the men’s senior team is working through their pre-season friendlies before the start of the United Rugby Championship in late September.