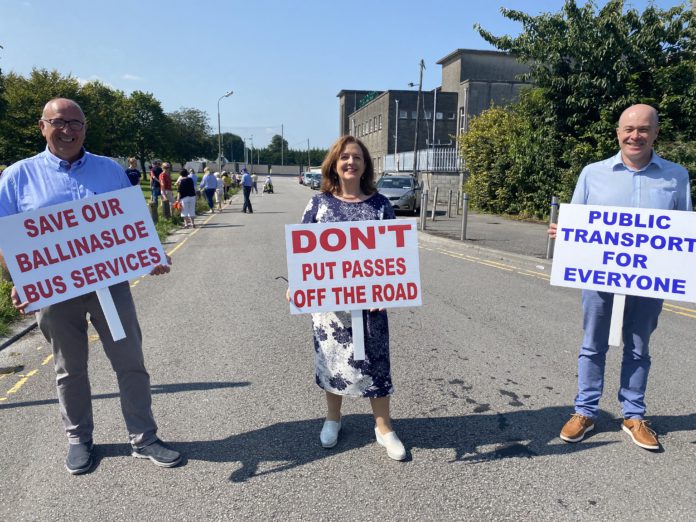 There was a strong turnout at a protest in Ballinasloe against the axing of Bus Éireann’s 20X20 route, with many in attendance describing the cancellation of the service as ‘unacceptable’.

Around 80 people attended the protest at Ballinasloe’s Fairgreen including local councillors, national representatives and the Active Retirement Group.

“The message is loud and clear to government,” said Independent Cllr Evelyn Parsons who attended the protest on Friday.

“It is totally unacceptable to reduce our bus services, travel and companion passes at any time, let alone during a pandemic when patients and staff have increased need of attendance at hospital services and appointments.”

Cllr Tim Broderick said that it also affects those without other transport options, ignoring huge areas along the route which serviced rural towns villages, connecting people to hospital and other transport services.

Deputy Denis Naughten, who has raised this issue with the NTA, added: “There is no doubt this calls into question how committed government is to its own environmental policies, i.e. car reduction, rural regeneration and the public health of people in rural Ireland.”