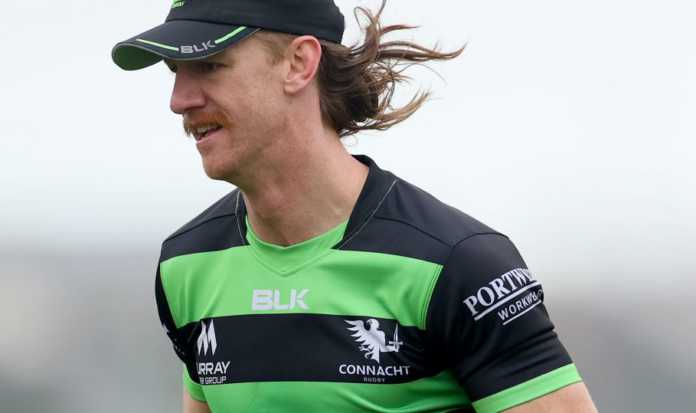 Ben O’Donnell is making his Connacht debut against Leinster in this evening’s PRO14 match in Dublin at the RDS arena.

The former World Sevens Player of the Year nominee joined the province last summer but has been forced to wait for his first appearance after recovering from a serious knee injury.

The back three player is named among the replacements and there are five changes to the starting XV that lined out against Ulster last weekend.

A number of players for Connacht Rugby have tested positive for COVID-19 this week, following weekly PCR testing.

The tests were carried out after several player presented “minor symptoms” the club said, and the players in question are self-isolating, along with multiple close contacts.

Dominic Robertson-McCoy comes into the front row alongside Denis Buckley and Shane Delahunt, while Gavin Thornbury returns in the second row beside Quinn Roux who is named as captain.

The back row features both Masterson brothers, with Sean at number 8 and Eoghan at blindside flanker, while Conor Oliver completes the pack from the opposite flank.

Caolin Blade and Jack Carty continue to partner-up at 9 and 10 respectively, as do Tom Daly and Sammy Arnold at centre. The final change comes in the back three with Peter Sullivan starting on the wing, with Alex Wootton and John Porch completing the side.

Head Coach Andy Friend said “While we have had to deal with a few cases in the squad this week, we have still been able to name a strong team thanks to the depth we have been building these past few months. It’s also really pleasing to be able to include Ben O’Donnell in our 23 for the first time.”

“Even though there’s a lot of frustration about our last few results, the overall mood in the squad is good. We can’t wait to head to Dublin and test ourselves against what’s clearly a very strong Leinster side.”