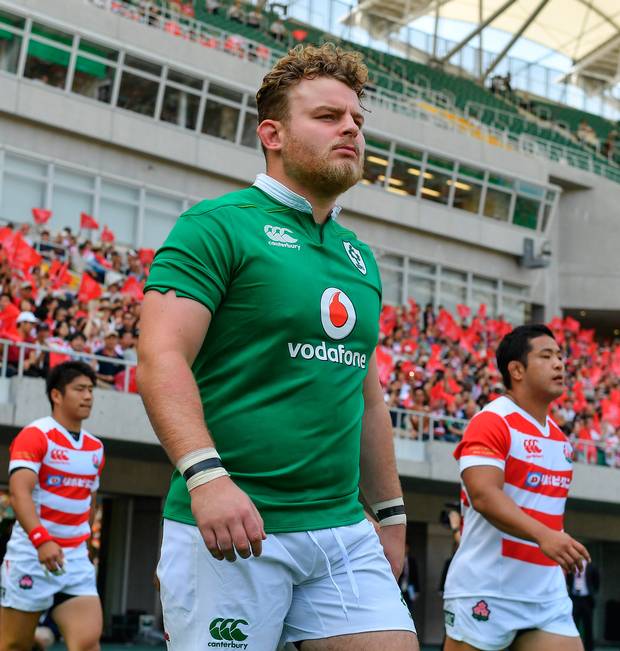 Irish international and Connacht prop Finlay Bealham has signed a two-year contract extension that will keep him at the Sportsground until the end of the 2020-21 season.

Bealham who has been capped seven times for Ireland, was this week named in Joe Schmidt’s Ireland squad for the upcoming November internationals.

He joined the Connacht Academy in the 2012-13 season and went on to make his Connacht senior debut in 2014. He has since made 113 appearances for the province and was a central figure in Connacht’s PRO12 win in 2016.

Humbled to extend my stay at @connachtrugby for another two seasons.. Thanks to everyone for the support, looking forward to a few big weeks 💪🏼 pic.twitter.com/CFaPhmK55o

“Finlay will be central to our ambitions for the coming seasons,” said Connacht Head Coach Andy Friend to Connacht Rugby’s official website.  “He is in excellent form this season and it is great to see that form been rewarded with inclusion in the Ireland squad this week.

“He is an outstanding scrummager and we are delighted that he has signed a contract extension for another two seasons.”

“I am hugely grateful to everyone in Connacht for the opportunities given to me to develop as a player and progress from the Connacht Academy programme to being part of the senior side,” added Bealham.

“There is huge ambition in Connacht at the moment with exciting plans both on and off the field which I look forward to being part of. As a squad we are determined to bring further success to the province in the seasons ahead.”