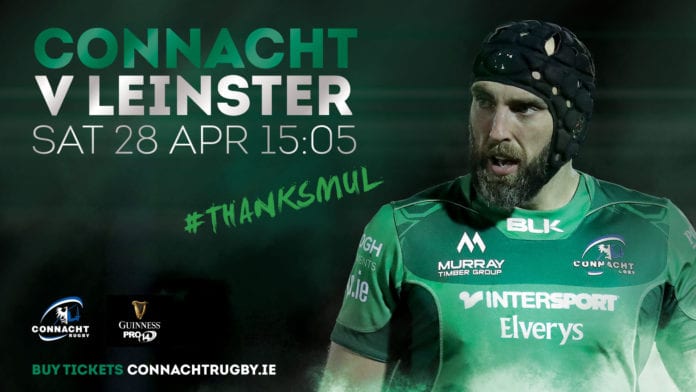 Connacht Rugby have released a tribute video for their captain John Muldoon ahead of their final game in the 2017/2018 Guinness PRO14 campaign.

The 35-year-old Portumna native will make his 327th appearance for the province, 15 years after his 2003 debut against the Scottish Borders.

Connacht face Leinster in their final fixture of the 2017/2018 Guinnes PRO14 campaign on Saturday, 28th April.  Kick-off at the Sportsground is 3.05pm.